Microsoft Removes Bing From App Stores Except US

When Microsoft released their Bing iPhone App, it was a pretty nice app to use. Easy on the eyes and it actually resulted in accurate searches. I’m a Google fanboy more than anything, so I rarely used the Bing app after testing it out.

Seems like Microsoft is now removing Bing from all International App Stores, claiming they made a mistake during the release. The Bing app was meant for the US only according to an email sent from a Microsoft rep to Neowin.net:

“When we released the iPhone application we inadvertently made it available to all countries in which the Apple Marketplace has a presence. We noticed the error within 24 hours and took steps to remove availability for all countries except for the US,”

…and here is Microsoft’s reply to CNET about when international versions of Bing are coming:

“We are planning to release international versions of the Bing iPhone application, but we have no dates to share at this time. Similar to our larger international strategy with Bing, we don’t want to take a one-size-fits-all approach. Instead, we want to be thoughtful and ensure we’re customizing the product for specific markets.” 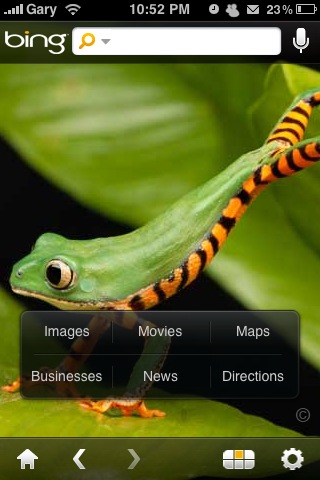 Nice work, Microsoft. The best way to increase marketshare is to remove your app from the rest of the world right? It is good to know that we can still count on Microsoft to provide humour in the tech world for always making the wrong decisions. Well done!