When Opera Mini first debuted on the iPhone, millions of people downloaded app. Turns out, the experience just plain sucked. Yesterday, the Opera team just released version 6.0 for iOS devices, and it brings a much improved interface:

What’s New In Version 6.0
Enjoy the fresh new look of Opera Mini 6 without compromise. Get all the speed benefits and data savings of Opera Mini, now optimized for all iOS devices. 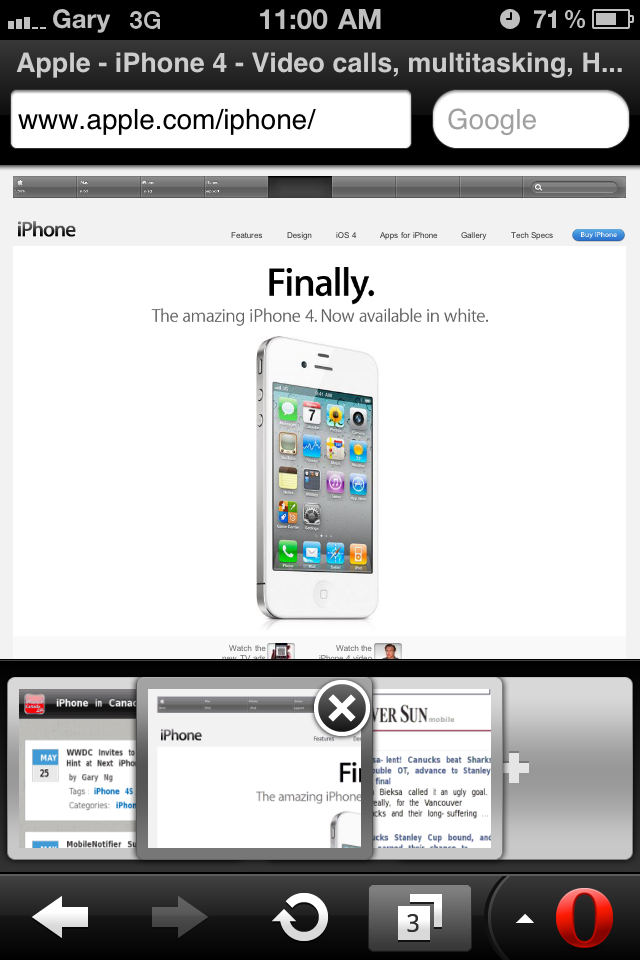 I tested out Opera and the new design and experience is much better than before. They should’ve released this version as their first build. Zooming in and out of web pages before was an atrocious experience but now it’s caught up to speed to Mobile Safari. Browsing speeds were good over 3G. I did really enjoy the feature to open pages in the background, and hope Apple will adopt something similar in iOS 5.

What do you think of it? Have you still been using Opera all this time? The last time I asked, all I heard were crickets in the room.