Photo Stats Turns Your iPhone Photos Into an Infographic

The iPhone 4 is the most popular camera on flickr, and if you take tonnes of pictures you’re going to love Photo Stats. This brilliant app will analyze your image data and create a nice looking infographic, revealing some stats that might surprise you.

– What were the most interesting places where you took your photos,
– Whether you are a night-life photographer or you prefer afternoon/morning to take your photos,
– What were your most productive photo-taking days and months,
– And a lot other technical things about your photos (ISO, shutter speed, flash) which will help you make better photos. 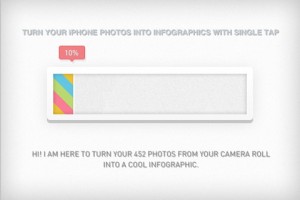 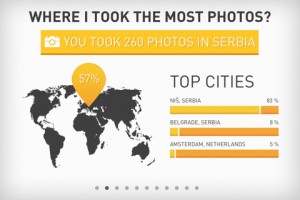 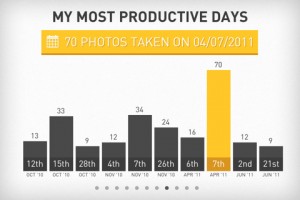 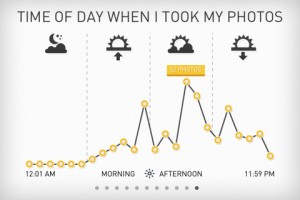 Photo Stats is $0.99 in the App Store. Want to try it for free? Stay tuned as we’ll have 5 promo codes up for grabs in the comments.