The game Pig Shot is now free in the App Store to celebrate 1 million downloads. The game is already free, but that has been extended for another week. Here’s the app description:

Get ready for some EPIC PIG-SLINGING madness! Start launching pigs off slingshot and experience the fastest pig-rolling action you’ve never tried before!

Pig Shot is an incredibly addicting action game where you constantly launch your pig off slingshots before rolling it at high speed through a challenging trail that is filled with random obstacles. Collect cauliflower to accumulate gas and make your pig fart for a temporary speed boost. There are over a dozen of achievements such as ‘Constipated Pig’ to be unlocked in the game and you can check your standing on the Game Center/OpenFeint leaderboard. You can even send an email highscore challenge your friends.

I just downloaded and played Pig Shot, and I think we have a winner here. It’s simple to play, fun, and also it brings new controls I haven’t experienced yet on my iPhone. You sling pigs and steer them by tilting your iPhone. It’s simple and addicting. Get this while it’s free here. 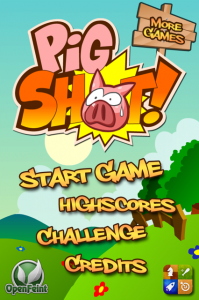 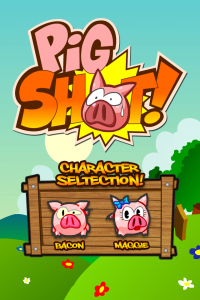 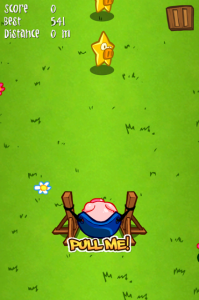 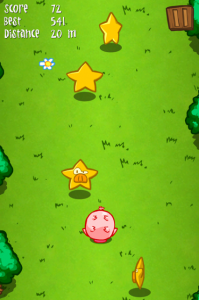 My record so far is a measly 207 metres. What’s your high score?

I’m also pretty sure the guys at Epic Meal Time play this game: