Special thanks goes out to this week’s sponsor, Canadian developer PunkStarStudios and their new Fake-A-UFO-Video iPhone app. This neat app that enables you to create your own fake UFO videos to trick friends and family.

The app has an extensive tutorial when you launch the app for the first time, and explains how it all works. Essentially, you’ll be able to film a video and add a UFO right into it. 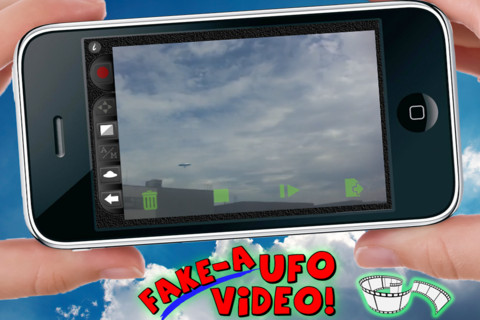 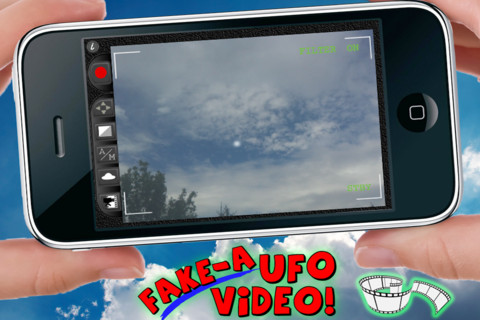 A filter option adds a slight haze to your screen to help conceal the UFO to further deceive your friends. There are two UFO options available: a bright light and an actual ship. Recorded videos are saved to your Camera Roll for quick and easy exporting.

The app doubles as a video camera as you can record video as normal, and add a UFO at anytime while recording. This is a fun, unique app that will have your friends and family thinking you really are the ‘UFO whisperer’.

The developer posted a video shot with Fake-A-UFO Video to YouTube, and it fooled quite a few people in the comments (GTA residents). Check it out:

Don’t take my word for it, try the app out yourself for free. We’ll be posting promo codes throughout the day. Nine will be posted on the blog, and the others will be sent directly to people on twitter.

Lucky tweeters will get a code sent directly to them! Be sure to share what you like or dislike about the app to @PunkStarStudios!