Rage HD for iOS is a Free Download This Week

If you haven’t heard, the first person shooter Rage HD (by id software, the makers of Doom) is free for iOS this week. The company issued a challenge the game would be free if they hit 100K ‘likes’ on their Facebook page.

RAGE comes to your mobile device with the hit of the wastelands, Mutant Bash TV! This intense first-person shooter casts you in the starring role of a post-apocalyptic game show where youâ€™ll be stalked by hungry mutants while you scour pulse-pounding levels for ammo and cash pick-ups. Make a deal with J.K Stiles, the showâ€™s menacing host, and see if you have what it takes to survive this carnage-filled carnival of death!

Rage HD on the iPad is pretty intense, and the graphics are stunning. It also looks fantastic on the iPhone 4’s Retina Display. They also have a non-HD version of Rage for the iPhone 3G. 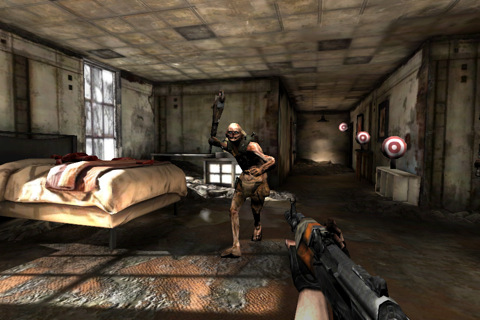