The Hockey Experiment brings an unusual team of hockey players called the “Muckety Mucks” to your iPhone and iPod touch.

The game developers have a great introductory story that sets the tone rather well for the game:

Tucked away on a remote planet that few people have heard of (called Earth), stirs an evil scientist in a secret laboratory who is heck-bent on creating chaos and whatnot. An awful concoction of cute vinyl toy dolls, foul smelling chemicals, and pure madness has resulted in the creation of a new species of little jerks, known only as the Mischievous Muckety Mucks. These heck-raisers love to dance, eat soup, and of course…PLAY HOCKEY!

The game delivers a fast-paced 3D arcade style hockey experience using two teams of three. The game also has the additional flexibility of choosing from six different teams to play with and purchasing four additional teams using in-app purchase for a total of 10 teams.

The in-game ice rink is presented accurately and players have the option of playing in either Novice or Advanced modes. The game further features two games modes: Exhibition and Tournament. 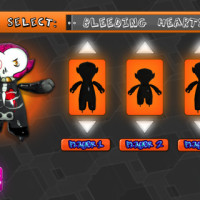 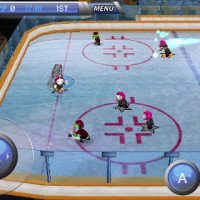 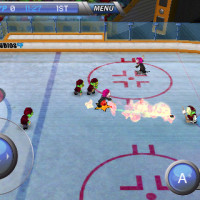 The game controls can be tricky and will require a lot of getting used to, however once players have the hang of it, players can experiment with some of the more interesting game mechanics. Players will have access to such power-ups for shooting, checking, skating, clutch-shot areas (for 2x points), the ability to pull the goalie, and getting into ice fights.

The game features rather cartoony style graphics and an amusing 8-bit style game soundtrack that brings additional amusement to the game. However, considering the replayability value of the game, the price is rather steep.

The Hockey Experience is available in the iTunes App Store for $3.99.