Are you an avid blogger? Well, if you are and you have a WordPress blog, you’ll be happy to know that WordPress 2 is now available in the App Store for download.

This second revision is much improved over the original version, which quite frankly wasn’t the best to use. Here are some highlights from WordPress 2:

– new interface is more efficient and faster to switch between comments, posts, and pages.
– various userface refinements and bug fixes
– pictures can be displayed in order of upload
– Gravatars shown in the comments interface
– automatically saved posts and will be restored of connection lost.

The only thing that isn’t available that I’d like to see in this new version of WordPress is to enable rich text formatting and also include the ability to insert links. Plus, it would also be nice to have access to the Visual/HTML tab views when writing a blog post.

Here are some screenshots of WordPress 2: 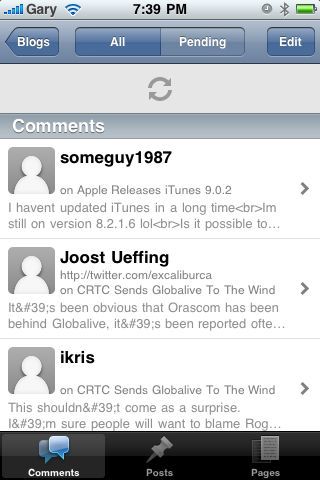 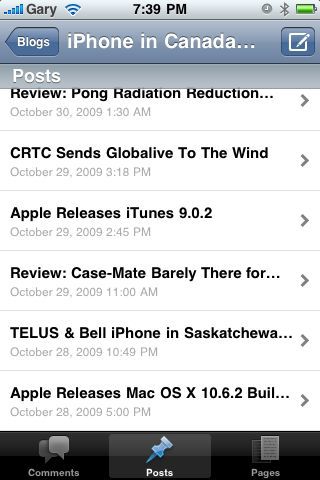 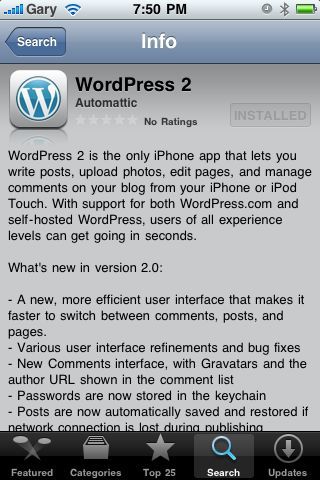 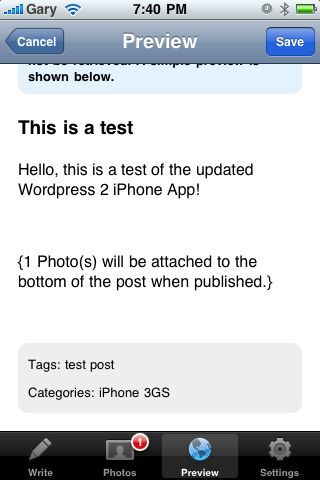 All in all, I’d say WordPress 2 significantly improves and builds upon The original iPhone WordPress app. However, it will work for now but it’s still not well-equipped enough for one to blog on your iPhone 24/7.

If you haven’t noticed by now, this review was written within the WordPress 2 iPhone app. It really was super easy. I can see this app as being a super handy way to write some draft posts and finish them later on the computer (like, when you’re sitting on the can with your iPhone).