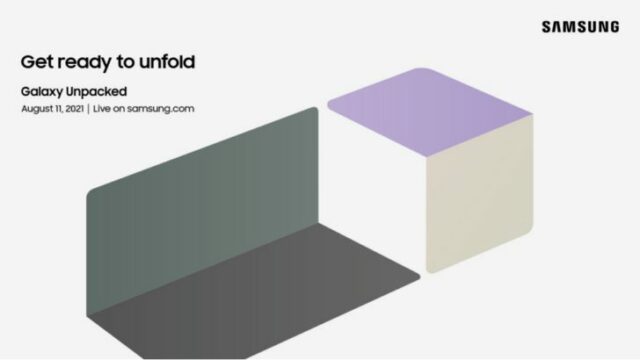 Samsung is hosting its digital Galaxy Unpacked event today, August 11th at 10 AM ET / 7 AM PT. The company has been hushed on exactly what to expect. However, Samsung has teased “Get ready to unfold,” hinting at the announcement of the Samsung Galaxy Z Fold 3 and Samsung Z Flip 3.

Earlier on, Samsung issued a press release, highlighting the company’s goals while also setting expectations for what to expect. A lot of focus went into detailing the background of the Galaxy Z Fold and Galaxy Z Flip smartphones. It was also here that Samsung confirmed the new foldable devices will receive S Pen support for the very first time. There’s also a very tangible possibility other devices can be revealed.

Once again, Samsung will be holding the Galaxy Unpacked as an entirely digital event. Due to the pandemic, limitations on production have been placed. Therefore, those eager to tune in can stay in the loop by watching the event on Samsung’s website. Additionally, Samsung’s YouTube channel and Twitter will be livestreaming the event when it kicks off at 10 AM ET / 7 AM PT.