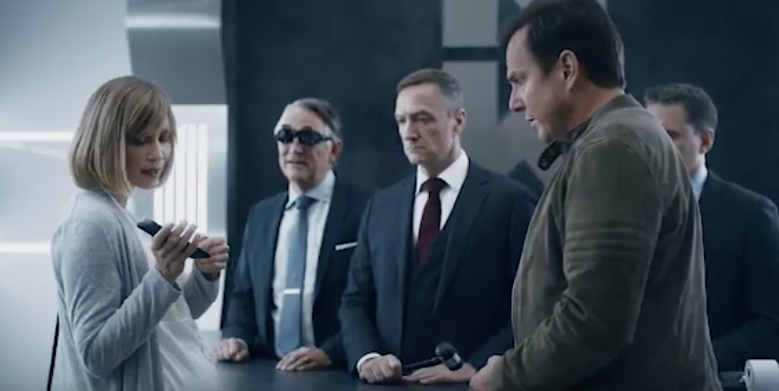 The latest ad, titled “Two Years From Now”, pokes fun at wireless plans from the ‘Big 3’ for $0 upfront phones, where you need to return devices at the end of contracts. Devices returned damaged or not in original condition result in extra costs.

Three men in suits representing what appear to be Canada’s ‘Big 3’, inform a woman, “how will you be paying?” followed by evil laughs, after she tries to return her phone which has a crack on it.

Arnett jumps in and asks, “What’s so funny?” The woman responds, “so I got a zero dollar phone two years ago, and now they’re making me pay hundreds of dollars because of this little crack.”

“I thought it was a zero dollar phone,” Arnett replies, to the corporates in suits. They simultaneously respond, “fine print,” only to be mocked by Arnett.

Check out the ad below, plus another holiday-themed ad, touting the company’s Big Gig plans: