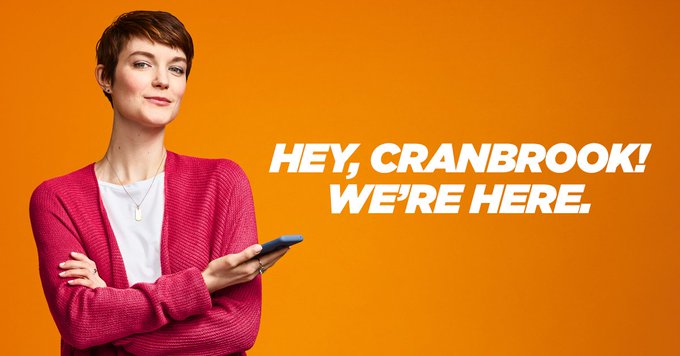 “Freedom Mobile delivers to Cranbrook residents the high-speed data they need at a price that’s actually affordable — a simple yet previously unavailable proposition in this community. For the first time, people living in the East Kootenays can choose a wireless provider that offers greater value for their hard-earned buck,” said Paul McAleese, President, Wireless, Shaw Communications, in a statement. “We look forward to providing Cranbrook with the unlimited data plans that have redefined the marketplace elsewhere in Canada.”

Customers can sign up for Freedom Mobile at the Walmart on 2100 Willowbrook Drive and Loblaws’ The Mobile Shop at 2100 17 Street North.

“We are a mobile society and having a variety of carrier options available for our residents, business owners and visitors is important and very welcome,” said Lee Pratt, Mayor, Cranbrook. “Competitive choice often results in better services and lower prices for everyone. We welcome Freedom Mobile to Cranbrook with open arms.”

Tom Shypitka, Member of the Legislative Assembly of British Columbia, Kootenay East, added, “Fair competition is good for business and the consumer. Whether it is a wireless LTE service, car manufacturer or a different burger joint, freedom of choice is the democratic way. Congratulations to Shaw and thank you for the years of good service provided to the residents of Kootenay East.”

A promotional launch plan offers $15 off the company’s Big Gig plans for six months, resulting in a $45/10GB plan. Freedom also has an Absolute $0 promo right now, offering phones such as the iPhone XR for $0 upfront on a $0 Tab, with a starting $75/15GB plan on contract.

In B.C., Freedom Mobile is available in Vancouver and the Lower Mainland, along with Victoria and Nanaimo on Vancouver Island, as well as Kelowna in the Okanagan.