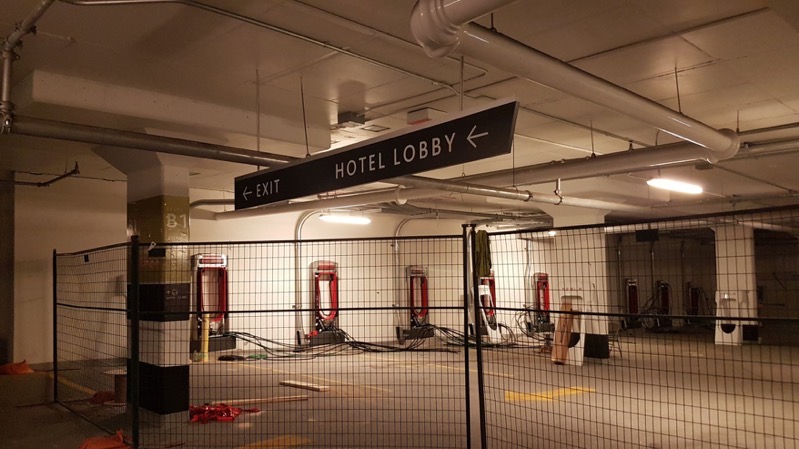 Tesla has started construction of the first V3 Supercharger in Toronto, Ontario, located in the Hotel X parking garage at 111 Princess Boulevard, near Liberty Village (via Tesla North).

The location is primed for 12 of Tesla’s fastest V3 Superchargers, capable of 250kW charging speeds, or up to 1,600 km per hour. Access to these Superchargers will require pay parking at the rate of $7 per hour.

According to the details found by @MarcoRPTesla, there will also be a handful of Level 2 destination chargers at the site as well.

There are two regular Tesla Superchargers in Toronto, but the construction of this V3 Supercharger is a first in the city, and based on information from the electric automaker’s website, is slated for opening in Q2 of this year, but that timeframe looks to slip into July, based on the photos seen above.

A second V3 Tesla Supercharger is also planned for Toronto at Don Mills, with Tesla noting it will open in Q4 of 2021.