Tesla Shares How its Safety Engineers Test for Accidents [VIDEO]

Tesla has shared a new video from the Tesla Crash Lab this week, sharing the process of how its safety engineers test for accidents using data from its cars (via Tesla North). 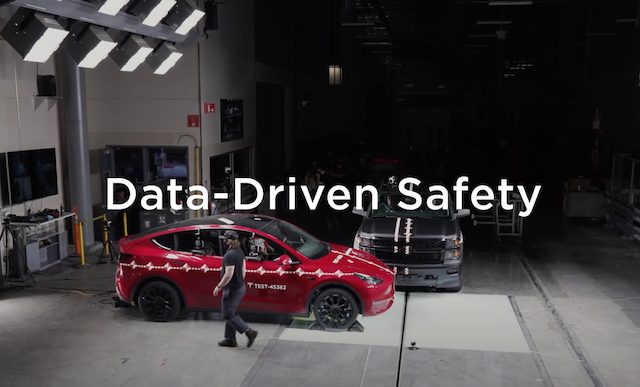 The electric car maker explains how it collects data and uses it to replicate real-world crash scenarios. The video also discusses the lab with Anders and Dan, two Safety Engineers from Tesla.

“We’re the only carmaker in the world that has a fleet of well over a million cars on the road, fully instrumented from a sensing perspective,” said Anders while discussing the role of technology in the company’s approach to safety.

“Tesla can know exactly where the seat is; we can know where the steering wheel is; we know if they’re belted; we know when the airbag deployed exactly to the millisecond,” explained Dan.

Take a look at the video below and tell us what you think in the comments section.