As noted by the folks over at Tesla North, Tesla’s Model 3 and Model Y are sold out in Canada and the U.S. for 2021. For Canada, new orders for the Long Range Model Y are now showing an estimated delivery date of January 2022. 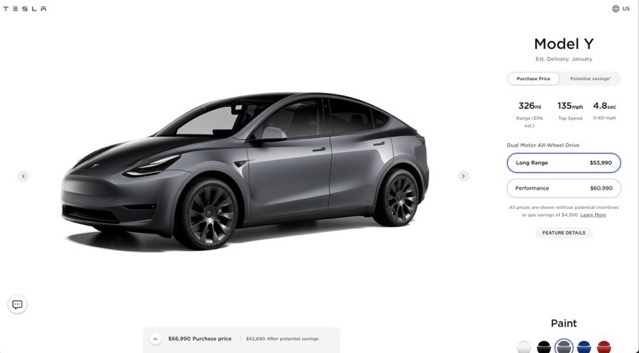 Some buyers who ordered their Model Y Long Range vehicles earlier his year are still awaiting delivery, whereas those who placed orders around July are seeing delivery dates change daily, with some reporting late September delivery dates.

Similarly, the Model 3 Standard Range Plus is also sold out in Canada for 2021, with the earliest delivery dates of January next year.

However, the more expensive Model Y Performance is showing estimated delivery dates of 5 to 7 weeks.