Last month, a new version of Tesla Cybertruck was spotted at the company’s Fremont factory in California, featuring a redesigned rear bumper, a longer windshield, and a black bed-liner, and now, the same has been caught on video. 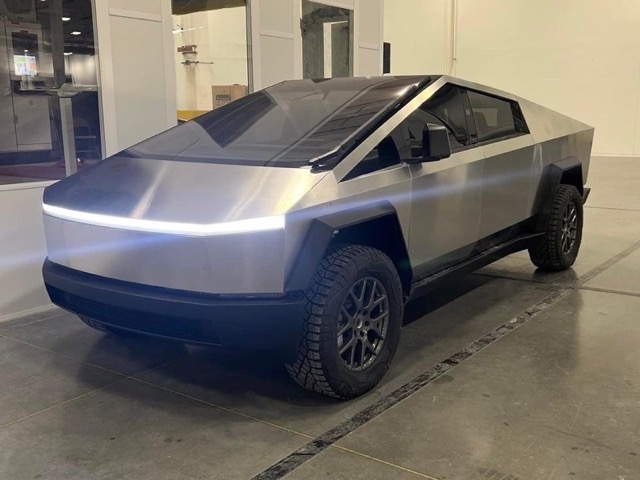 As reported by the folks over at Tesla North, drone pilot Joe Tegtmeyer spotted the new Cybertruck unloading at Tesla’s Gigafactory in Austin, Texas, on Sunday, January 23, 2022.

“Cybertruck arrives at Giga Texas on 23 Jan 2022! It appears this is part of Tesla’s Financial Results presentation upcoming on the 26th,” said Tegtmeyer on early Monday morning. “Should be an exciting meeting with lots of product and timeline updates! You can see the arrival at 10:40 in my YouTube video,” he added.

From a group on FB pic.twitter.com/jsu6aBFwBG

CEO Elon Musk had responded to the drone footage of the Cybertruck shared in December by saying it was “CGI [in real life]”, plus added, “Cybertruck can have any color you want, so long as it’s nothing.”

He also clarified the single windshield wiper “is not the production wiper.”

Let us know your thoughts on the new Tesla Cybertruck in the comments section below.