While speaking on a panel at the Satellite 2021 Low Earth Orbit (LEO) Digital Forum, SpaceX president and COO Gwynne Shotwell revealed that SpaceX now has roughly 1,320 Starlink 1.0 satellites in orbit, TeslaNorth is reporting. 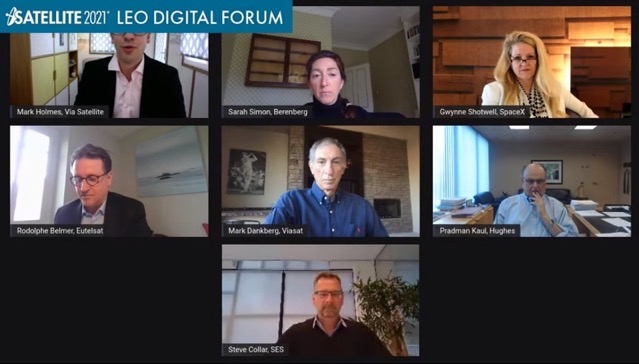 Shotwell continued that SpaceX hopes to have “full connectivity globally” after about 28 Falcon 9 launches, which works out to 1,680 satellites at 60 satellites per launch. While these first-generation Starlink Satellites aren’t the “laser link” variant, or known as inter-satellite links, SpaceX hopes to build a “mesh network” with the latter in the long run.

“LEO is an incredibly important environment …we have no intention of causing an issue in LEO that would prevent us from launching our other customers,” said Shotwell while addressing concerns about space junk and Starlink adding to the problem.

Shotwell said SpaceX has no timeframe for Starlink to exit its beta phase. “We still have a lot of work to do to make the network reliable…we’ll move off of beta when we have a really great product.”

When it comes to pricing, SpaceX has no plans to move to tiered pricing. “We’re going to try to keep it as simple as possible and transparent as possible, so right now there are no plans to tier for consumers,” she said.

The SpaceX COO also said that five years from now, Starlink will be able to provide satellite internet for “every rural household in the United States,” or roughly 60 million people.

If we take into consideration today’s Falcon 9 launch of 60 more Starlink satellites, that works out to 1,380 in orbit.