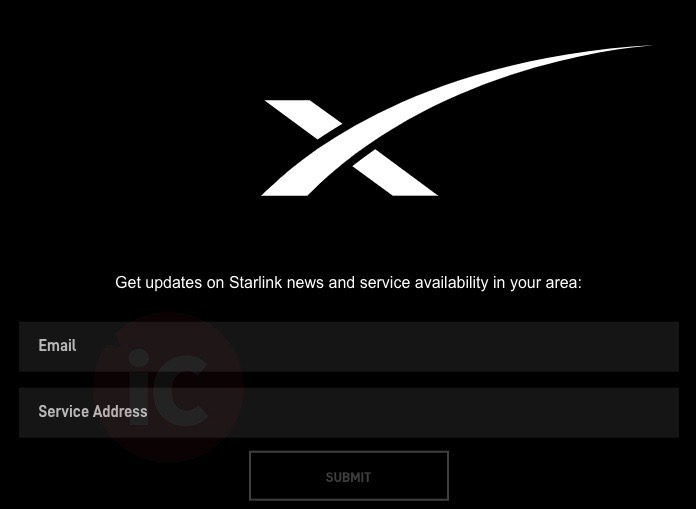 After launching a beta test sign up page back in June, Starlink emailed users yesterday evening in Canada asking them to update their addresses.

The email says the Starlink team “is now accepting addresses (instead of just zip codes) at starlink.com, which will improve our ability to provide location specific updates as our network develops.”

Users are directed to click a link below to get directed to the Starlink website, where they can update their address.

Starlink says its private beta will launch this summer, followed by a public beta. “If you are signed up for updates, we will notify you if beta testing opportunities become available in your area. Thank you for your interest in Starlink!”, says the company.

Musk’s SpaceX applied for a telecom license for its Starlink satellite internet service in Canada, back in May. The service will leverage low orbit satellites to service remote areas with high-speed internet.

Last month, Musk said Canada is a “major priority” for Starlink, adding Toronto, Ontario, would be part of the initial launch, but did note the service is “best for low population density situations.”

Standing down from today's launch of the tenth Starlink mission to allow more time for checkouts; team is working to identify the next launch opportunity. Will announce a new target date once confirmed with the Range

SpaceX has been launching satellites into orbit frequently and its most recent attempt on the weekend was cancelled, “to allow more time for checkouts.” No new date was announced for the revised launch, which would have been the 10th Starlink launch and another 57 satellite payload.