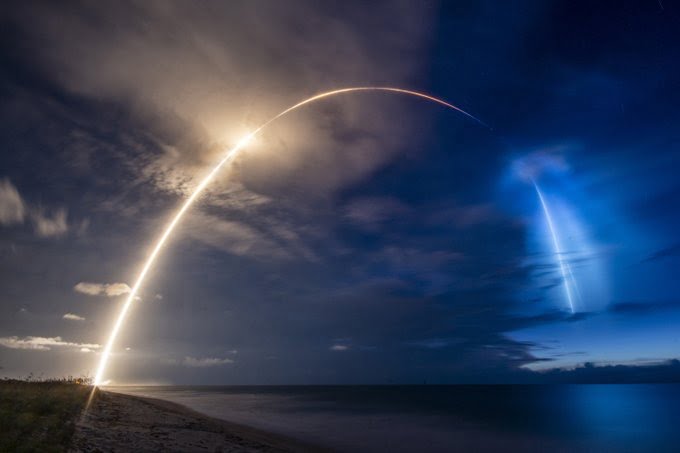 Elon Musk’s other company, SpaceX, recently updated its Starlink broadband internet page to let potential customers sign up for news and updates, along with notifications of when beta tests are available.

Starlink will offer high speed broadband internet to rural and far off locales, including remote areas in Canada.

Once you sign up on this page, Starlink will send a confirmation email. The drop down menu lists Canada while the form asks for a ZIP/postal code. The email you’ll receive says:

Thank you for your interest in Starlink!

Starlink is designed to deliver high speed broadband internet to locations where access has been unreliable, expensive, or completely unavailable. Private beta testing is expected to begin later this summer, followed by public beta testing, starting with higher latitudes.

If you provided us with your zip code, you will be notified via email if beta testing opportunities become available in your area. In the meantime, we will continue to share with you updates about general service availability and upcoming Starlink launches.

Back in April, Musk said Starlink internet beta tests would be coming soon, with a private beta set for around July and public betas roughly six months later, “starting with high latitudes”.

Steve Jurvetson, board director at SpaceX and Tesla, recently shared he setup a Starlink terminal to connect to satellites roaming above the earth. “Simplest out-of-box experience imaginable. Can’t wait to upgrade my broadband later this year!”, said Jurvetson.

Looking up to the skies with open eyes!

Went to HQ and set up a Starlink terminal that connected to the satellites orbiting overhead. Simplest out-of-box experience imaginable.

Can't wait to upgrade my broadband later this year! pic.twitter.com/6tsk1JwzzU

Musk replied, “It will get even simpler. Just two instructions for Starlink: plug in & point at sky. Can be done in either order.”

It will get even simpler. Just two instructions for Starlink: plug in & point at sky. Can be done in either order.

In terms of Starlink Internet latency? Musk replied to this question saying, “Around 20ms. It’s designed to run real-time, competitive video games. Version 2, which is at lower altitude could be as low as 8ms latency.”

Around 20ms. It’s designed to run real-time, competitive video games. Version 2, which is at lower altitude could be as low as 8ms latency.

Falcon 9 launches 58 Starlink satellites and 3 @planetlabs Skysats to orbit before returning to Earth and landing on a droneship pic.twitter.com/K6OjgJQZfv

According to an update shared with Tesla North by developer Mike Gapinski, the latest Tesla app update for Android includes Apple CarPlay on board, requiring significantly less hardware to run. As shown in the video below, Tesla Android app version 2022.38.1 includes a few updates which make setting up Apple CarPlay even easier. The developer also pointed out...
Usman Qureshi
17 hours ago