SpaceX’s Starlink satellite internet is available in Canada in beta form, and some users are starting to see faster download speeds as promised by Elon Musk’s company.

According to u/getballed on Reddit, based “a bit past Ottawa” in Ontario, the user saw a blistering Speedtest.net result of 528 Mbps download and 28.3 Mbps upload.

“Just got this today! Been stuck in the [200s] for a while now but this has blown my mind, thank you Elon!”, said the user earlier this week. 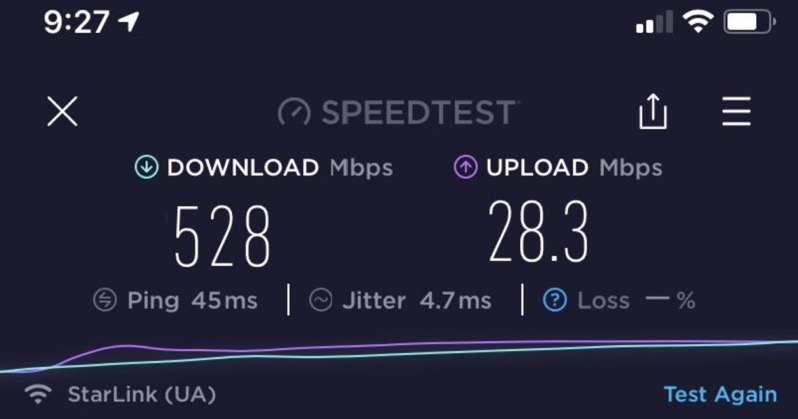 While we don’t have an actual link to the Speedtest.net result to verify the download speed, SpaceX has said it plans to double download speeds by the end of this year.

We’ve previously seen some other impressive Starlink internet speeds in B.C., where one user in Nelson got a Speedtest result of over 300 Mbps download, whereas Telus internet in the area was only 2-3 Mbps.

Incumbent internet service providers such as Bell won’t be able to compete against Starlink. In a separate post shared on Reddit, another Starlink user detailed the following internet offer, which is an eye-opener.

The bundle says you can get “fast speed from 0.13 Mbps to 5 Mbps, with most customers getting 3.5 Mbps”. It also notes at these download speeds, you also get “unlimited internet usage”, at the price of $114.90 per month. 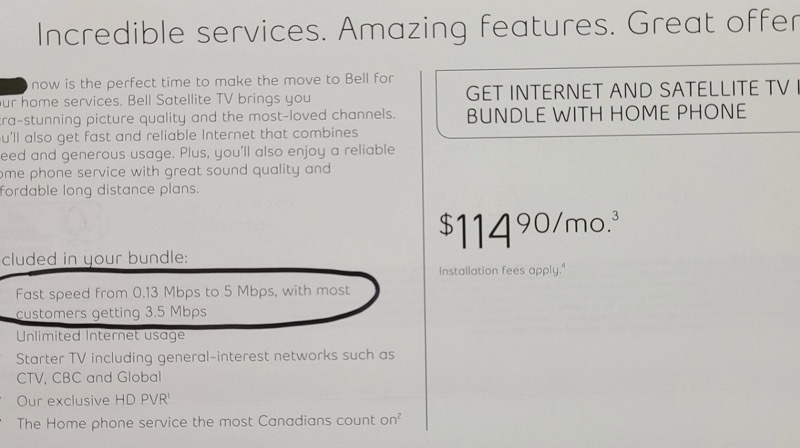 Starlink satellite internet consists of over 1,200 low-earth orbit constellations and currently, anyone can sign up, on a first-come, first-served basis. SpaceX launched 240 Starlink satellites in March alone.

The internet service does require a one-time hardware fee of $649 CAD (satellite dish; wireless router) and $129 CAD per month for the service. But for those in rural areas with slow internet, paying for high-speed with a simple plug-and-play Starlink setup is worth its weight in gold.

Click here to sign up for Starlink internet, currently in beta in Canada, the US, UK, Germany and New Zealand.