SpaceX has started sending out Starlink beta invites to Canadians, with the first landing in email inboxes on Friday, confirming a previous report they would be coming this week, reports Tesla North.

According to Canadians, Starlink internet beta invites have been received in B.C., Alberta, Saskatchewan, Manitoba, Ontario, New Brunswick and Nova Scotia—at the following latitudes crowdsourced below (via Reddit): 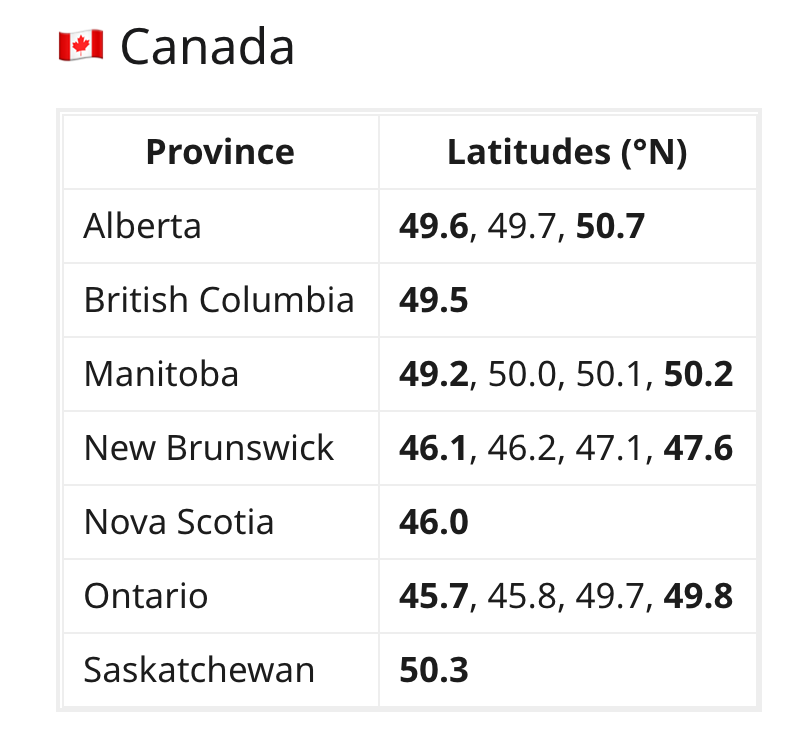 As for Starlink internet pricing in Canada, the dish is priced at $649 CAD, while service is at $129 CAD per month.

Starlink is able to offer faster internet speeds and lower latency compared to traditional satellite internet, as its satellite constellation (numbering over 800) hovers lower in space, allowing for quicker connections to stations on earth. The service is targeting those in rural areas far from big cities.

Elon Musk said this morning the Starlink beta program is set to see a “big expansion” in the next 6-8 weeks.

Big expansion of beta program in 6 to 8 weeks!

SpaceX has told Starlink users to expect varying download speeds from 50 Mbps to 150 Mbps, along with latency at 20ms to 40ms, over the next several months as the system continues to get improved.

For rural Canadians, Starlink means a chance to get reliable high-speed internet, at pricing that will be lower than what traditional internet service providers are able to offer. All you need to do is order the dish and plug it in–then you’re good to go.

The federal government approved SpaceX and Starlink to operate in Canada last week. Sadly, Starlink was not part of the government’s Universal Broadband Fund announcement, where $600 million instead was pledged towards Ottawa-based Telesat and its low earth orbit satellite offering, which so far only has one satellite in space; SpaceX has over 800 Starlink satellites in orbit at the moment. Your tax dollars at work, folks.

Let us know if you received a Starlink beta invite–and email us on what your speeds are!