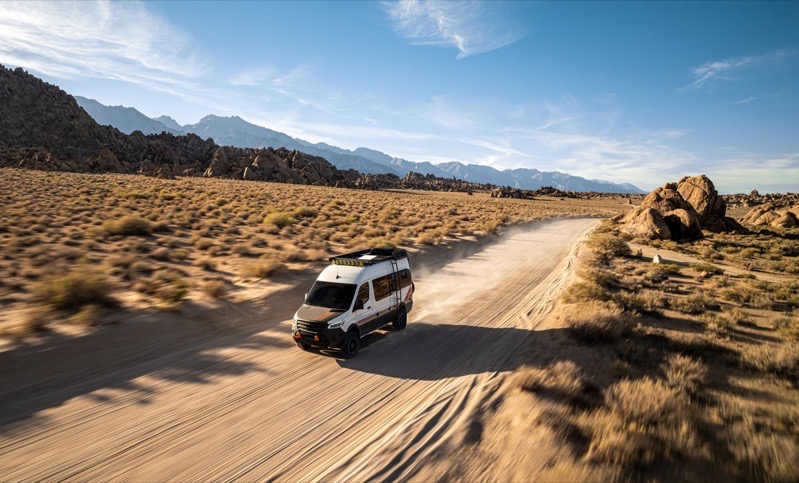 SpaceX on Tuesday announced a new Flat High-Performance Starlink dish for RVs that will enable the high-speed satellite broadband service to operate on moving vehicles (via Tesla North).

Starlink for RVs launched back in May, allowing those living in mobile homes or travelling around in recreational vehicles to “immediately access high-speed, low-latency internet on an as-needed basis at any destination where Starlink provides active coverage.”

Subscribers will need the new high-performance dish if they want to take Starlink on the move.

“With a wide field of view and enhanced GPS capabilities, the Flat High Performance Starlink can connect to more satellites, allowing for consistent connectivity on the go,” SpaceX explained. SpaceX said the premium Starlink dish is specifically designed for in-motion use and those looking for a permanent installation on their vehicle.

The new dish is currently available to order in “select markets,” with deliveries slated to begin in December. It costs $2,500 USD in the U.S. — we tried ordering one in Canada but didn’t get an option to select the Flat High-Performance dish, so it looks like availability is rolling out gradually and should eventually make its way up the border.

That said, the Flat High-Performance dish is roughly four times the price of the base Starlink kit for RVs, which costs $759 CAD. Monthly service, however, will still cost $170 CAD for in-motion use.

Users can install the new dish at an angle to flow better against the wind and also allow for water run-off. on the top of an RV. weather resistant. SpaceX has also made the new dish more resilient to harsh weather conditions and 1.7 times better at melting snow as compared to the standard dish.

SpaceX CEO Elon Musk said on Twitter — which he is about to own, by the way — that the new dish “works on any moving land object.”

Looks like it won’t be long before we see someone figure out how to mount it atop their Tesla for fast internet on the go. Do you see yourself dropping a few thousand on a robust, in-motion internet solution for your RV? Let us know in the comments below.