As spotted by the folks over at Tesla North, Devin Arthur of the Sudbury EV Society has just shared the very first look at the Tesla Model 3 fleet for the City of Sudbury’s paramedic services, which includes four cars for use as non-emergency EMS vehicles (via Electric Autonomy). 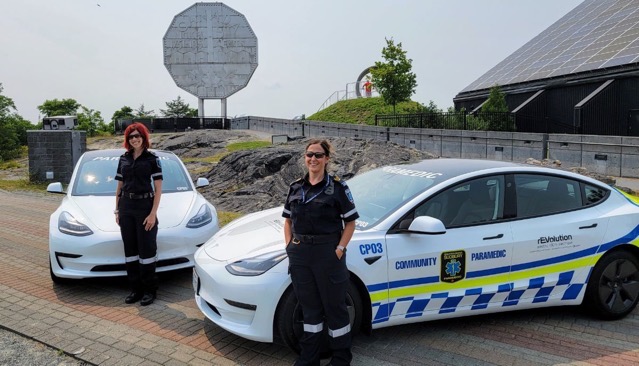 The Model 3 vehicles purchased support the City’s target to develop a zero-emissions fleet by 2035. According to the press release, the purchase “makes Greater Sudbury one of the first municipalities in Canada to add electric vehicles to its Paramedic Services fleet in an effort to reduce greenhouse gas emissions.” 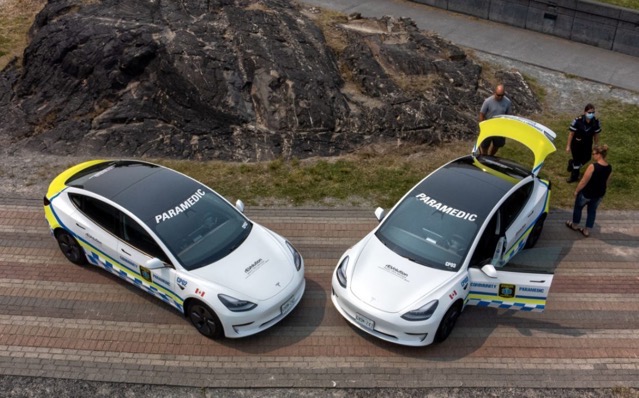 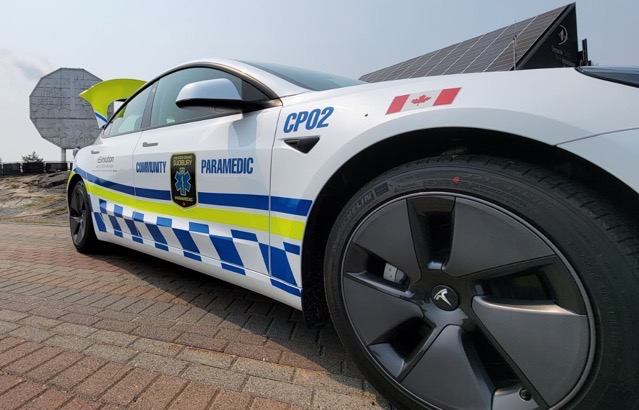 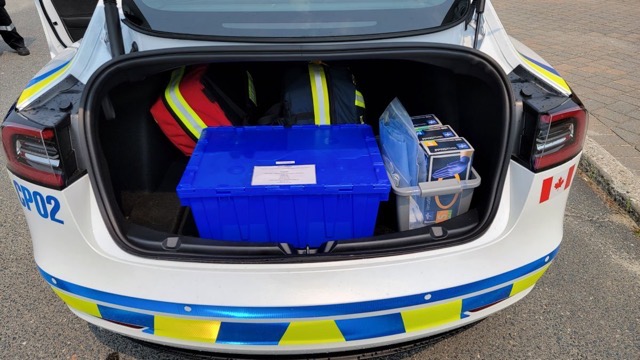 “The City also has three hybrid ambulances as part of its fleet, with another three to be delivered in the coming months,” the release noted.

“I did a lot of Google searching and, as far as I know, this is, at least, the first in Canada for an [electric] EMS vehicle,” says Devin Arthur.

“I got nothing but excitement from the city. The overall benefits of an electric vehicle is something they are very excited about. Sudbury is a world-renowned city for its re-greening effort and I think we’ve being trying to envision how Sudbury can build on that. I’m really excited, obviously.”

The vehicles, which bear the City of Sudbury’s emergency decals, are stocked with defibrillators, first response kits, and other supplies in both the trunk and “frunk” of the vehicles.

According to an update shared with Tesla North by developer Mike Gapinski, the latest Tesla app update for Android includes Apple CarPlay on board, requiring significantly less hardware to run. As shown in the video below, Tesla Android app version 2022.38.1 includes a few updates which make setting up Apple CarPlay even easier. The developer also pointed out...
Usman Qureshi
2 hours ago