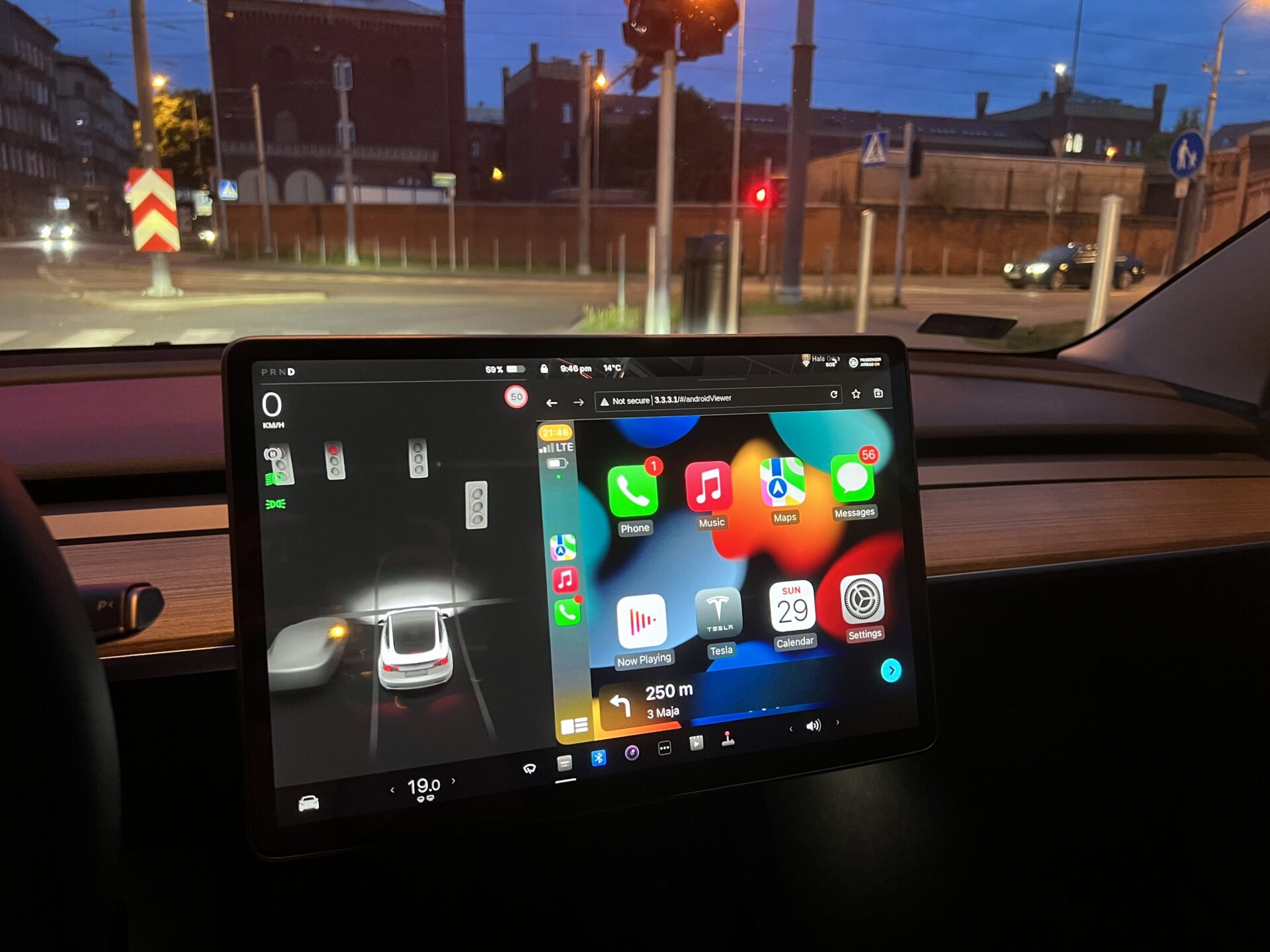 Gapiński’s hacky solution for bringing CarPlay to a Tesla was in its infancy when he first showed it off back in January. The developer has since polished it into release-ready software, branding it Tesla Android. Tesla Android became available to download earlier this month.

The second alpha build “will be all about audio,” said Gapiński. Improvements will include fixing navigation audio from apps like Apple Maps and Waze in CarPlay and adding the ability to mix audio between iOS and Android devices via Bluetooth.

Gapiński’s “hack” relies on running CarPlay on a custom build of Android, which he had originally installed on a Raspberry Pi connected to his Tesla.

Gapiński did not say when the update will be available for end users.

iOS functionality has eluded Tesla owners for years. CarPlay support has been one of the most requested features among Tesla’s customers, but the company is yet to budge. It’s bewildering that the automaker still hasn’t added the feature to its cars despite CarPlay growing into a staple for luxury cars.

Interestingly, Tesla CEO Elon Musk said last week that he “will discuss” Apple AirPlay and lossless audio support with the company’s audio engineering team. Looks like there might be hope for at least some (official) Apple functionality in Teslas, after all.

Could things finally be looking up for Tesla owners with iPhones? Let us know what you think in the comments below.