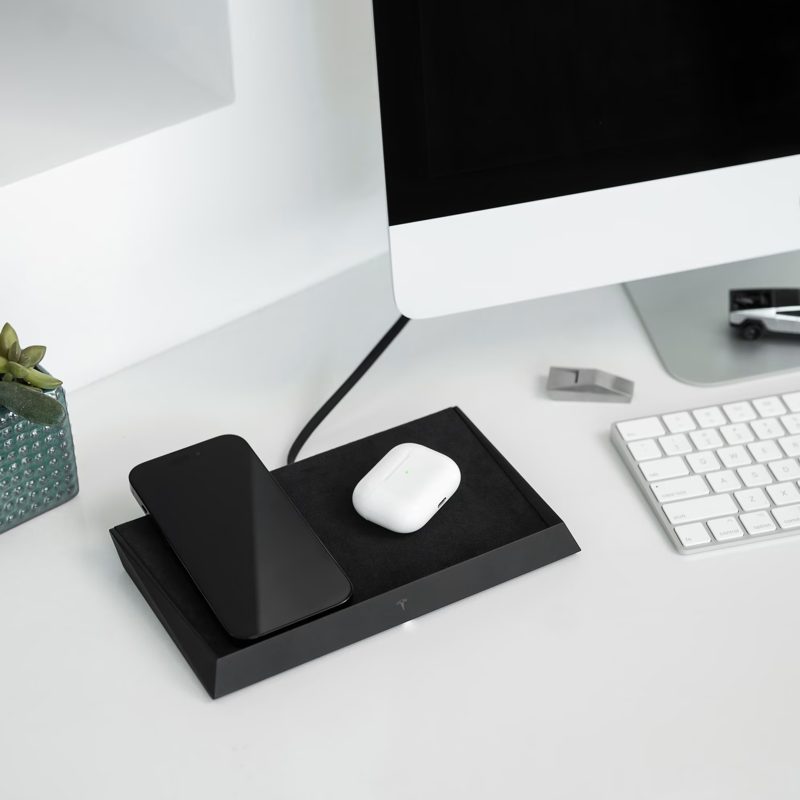 Tesla has launched a new wireless charging accessory called Wireless Charging Platform, priced at $300 USD ($409 CAD after exchange rates), that is currently only available in the U.S., reports Tesla North. As of writing it’s not available in Canada yet.

The company says, “Inspired by the angular design and metallic styling of Cybertruck, our Wireless Charging Platform provides 15W of fast charging power per device for up to three devices simultaneously.”

The accessory looks to offer a wireless charging solution for multiple devices, unlike Apple’s failed AirPower project that never came to life, which was first announced back in 2017.

“Its sleek design is composed of an aluminum housing, premium alcantara surface and a detachable magnetic stand that allows you to lay the charger flat or at an angle for better viewing. Featuring FreePower technology, which charges your Qi capable devices such as phones or earbuds placed anywhere on its surface without precise alignment,” says Tesla. That means devices from Apple, Google, Samsung and other companies, says the electric automaker.

Inside the Wireless Charging Accessory box you’ll get the following: 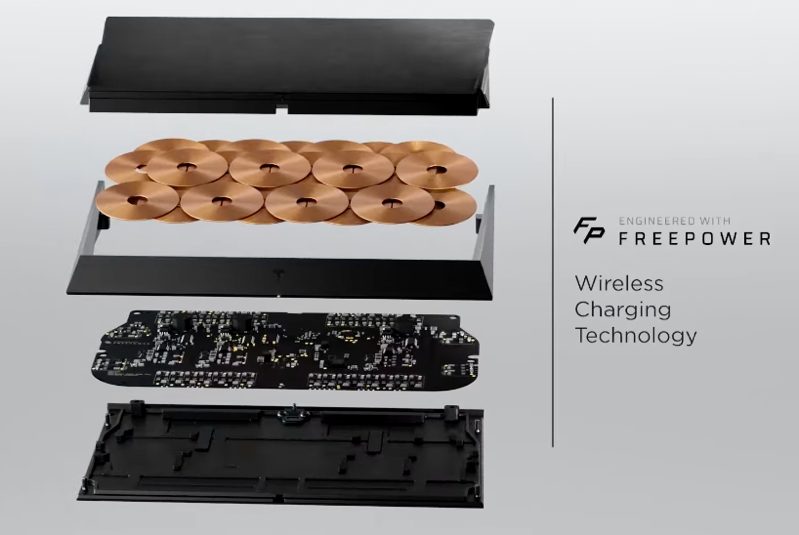 In the following promo video, we see the FreePower tech implemented into the accessory, while Tesla also uses iPhone 14 Pro devices in its marketing and AirPods as well. So you can charge two iPhones and a set of AirPods, for example.

Tesla says the Wireless Charging Platform will begin shipping in February 2023. We’ll keep you updated if it ever reaches Canada and you want this Tesla-branded wireless charging accessory.

You can get cheaper third-party alternatives such as this Anker Foldable 3-in-1 Wireless Charging Station, on sale right now for just $38 on Amazon.ca.