As expected, Tesla has increased the price of its Full Self-Driving (FSD) in Canada to a whopping $19,500 CAD, which is around 31% of the cost of an entry Model 3 with 18-inch Aero Wheels (via Tesla North). 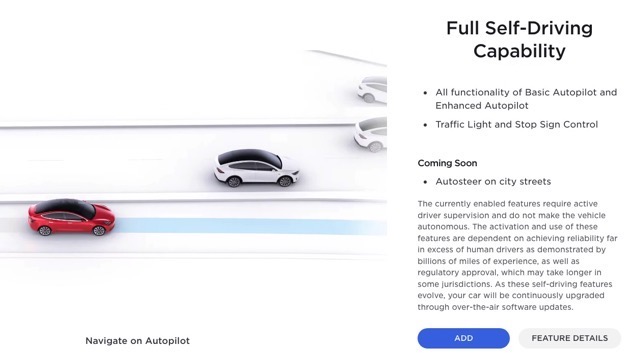 A couple of weeks back, Tesla CEO Elon Musk announced on Twitter that after the wide release of FSD Beta 10.69.2, the price of FSD will be increased in North America.

“Current price will be honored for orders made before Sept 5th, but delivered later,” Musk said at that time. He also noted that customers can upgrade their existing cars to FSD “in 2 [minutes] via the Tesla app.”

Current price will be honored for orders made before Sept 5th, but delivered later.

For those purchasing FSD, you get added features such as Traffic Light and Stop Sign Control, while Autosteer on city streets is in beta and will have to be earned with a higher Safety Score.

Tesla has yet to announce a monthly subscription for FSD in Canada, which is currently only available in the U.S. for $199/month.

Just moments ago, Musk announced FSD beta 10.69.2 would be releasing “probably” by the end of this week. Currently, Canadian testers are part of the FSD beta program, which lets customers experience their vehicles drive autonomously from one location to another on city streets, while under strict driver supervision.