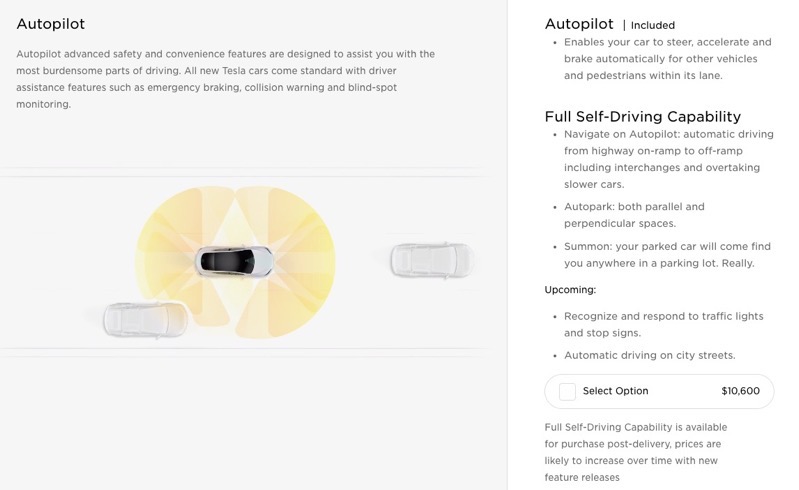 Tesla CEO Elon Musk had promised the company’s Full Self-Driving capability for Autopilot was set to increase in price on July 1, and the price has hiked today, on Canada Day.

Current beta features of FSD include Teslas being able to recognize and respond to traffic lights and stop signs, while soon, Tesla promises “automatic driving on city streets.”

Musk has previously said a subscription option would be coming for FSD, but maintains investing in the add-on now is a better choice, as the price and value will continue to increase. Eventually, Tesla plans to launch its robotaxi network and let owners make money from their cars that will be fully self-driving. It’s unclear when this will happen.

If you commute often on highways or take road trips, Full Self-Driving as an add-on might be worth it for the added features. All Teslas do include standard Autopilot however, which “enables your car to steer, accelerate and brake automatically for other vehicles and pedestrians within its lane.”