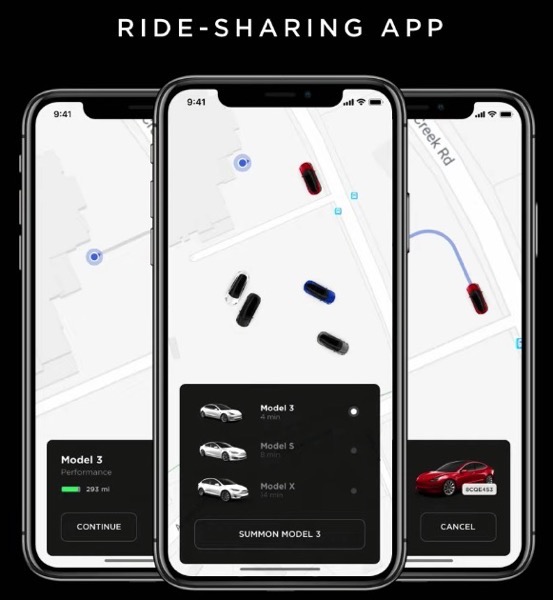 Today at Tesla’s Autonomy Day event, the company detailed its full self-driving technology in extreme detail. Essentially, the company says it has a huge lead on competitors with its own in-house designed hardware and software. 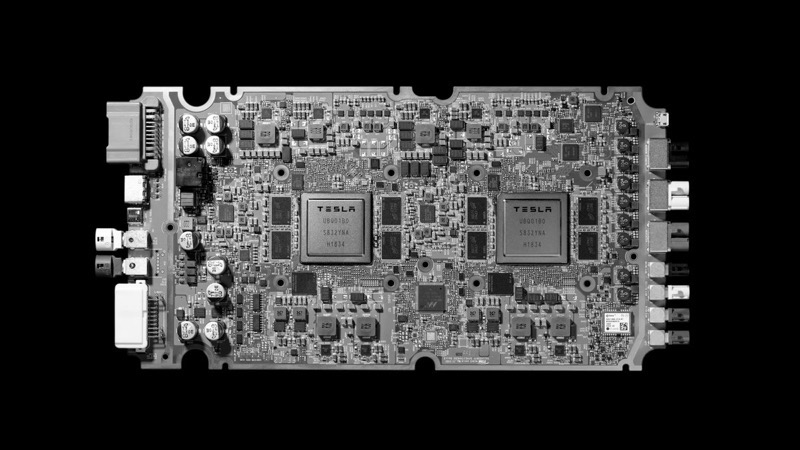 This FSD chip has 6 billion transistors and can process up to 2300 frames per second, which Tesla says is a 21x performance improvement over the previous generation hardware. 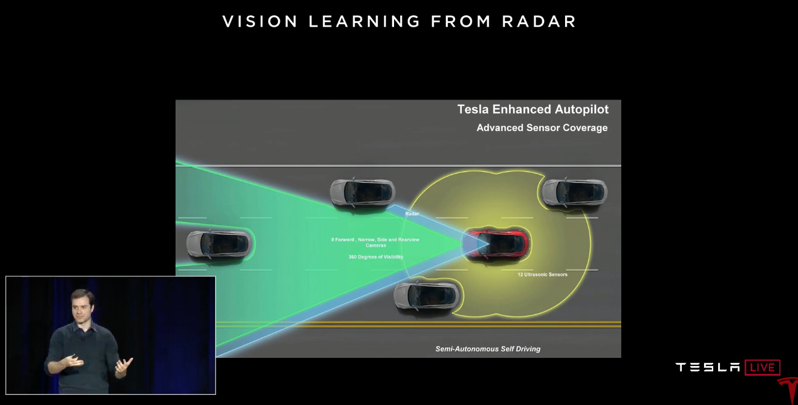 Tesla says their advantage over competitors, aside from their custom hardware and software is their customer fleet, which provides millions of miles of data, allowing the company’s neural network to evolve and get smarter over time, recognizing and learning vision data from existing owner vehicles.

Musk said “anyone relying on lidar is doomed,” subtly referring to rivals such as Audi and Waymo using laser radar sensors and 3D mapping for self-driving.

As for the Tesla ‘robotaxi’ network, the first phase would include the Model 3. People will be able to summon a Tesla with the company’s smartphone app. Owners will be able to add or remove their Tesla to the network at any time.

Tesla says it will buy all Model 3 back after leases run out, which would allow for a “gradual deployment of vehicles into Tesla Network.” The company says this first phase will allow “revenue opportunity $100’s of thousands per car.”

Elon Musk explained in part two of their Master Plan, “in cities where demand exceeds the supply of customer-owned cars, Tesla will operate its own fleet, ensuring you can always hail a ride from us no matter where you are.”

Musk says a current Model 3 “robotaxi” retails for “less than” $38,000 USD—set to get cheaper over time—and with a lifespan of 1 million miles for the vehicle and battery (2020 battery pack), with “minimal maintenance”.

The CEO said as things such as steering wheels and pedals become less important, they’ll just be eliminated from Tesla models. “Probably two years from now”, we may see a Tesla without these parts says Musk. A Tesla robotaxi with eliminated parts may cost $25,000 USD or less in the near future, in possibly three years.

No other company has the full stack integration like Tesla, explained Musk, highlighting how they do their own vehicle and battery production, in-house designed computer hardware and software, plus their constant data collection from existing Tesla owners.

It’s “extremely difficult” for other car manufacturers to catch up, when Tesla gets over 100 times more miles per day than everyone else combined, said Musk, referring to the company’s fleet of data from owners.

As for gross profit from a single robotaxi? Tesla says it could be about $30,000 USD per year, at 50% utility. 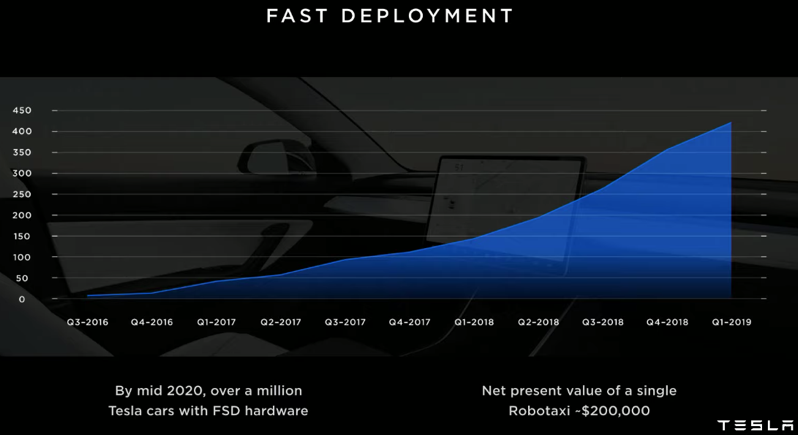 Tesla says they will have fast deployment of their robotaxi network, with Musk citing how “by mid 2020, over a million Tesla cars with full self-driving hardware” will be available. “Over a million robotaxis on the road” by next year, with the company’s fleet turning robotaxi-capable with an over-the-air software update.

Below is a video demo Tesla shared today of its full self-driving technology. The driver below does not have his hands on the wheel and a Tesla drives all by itself: 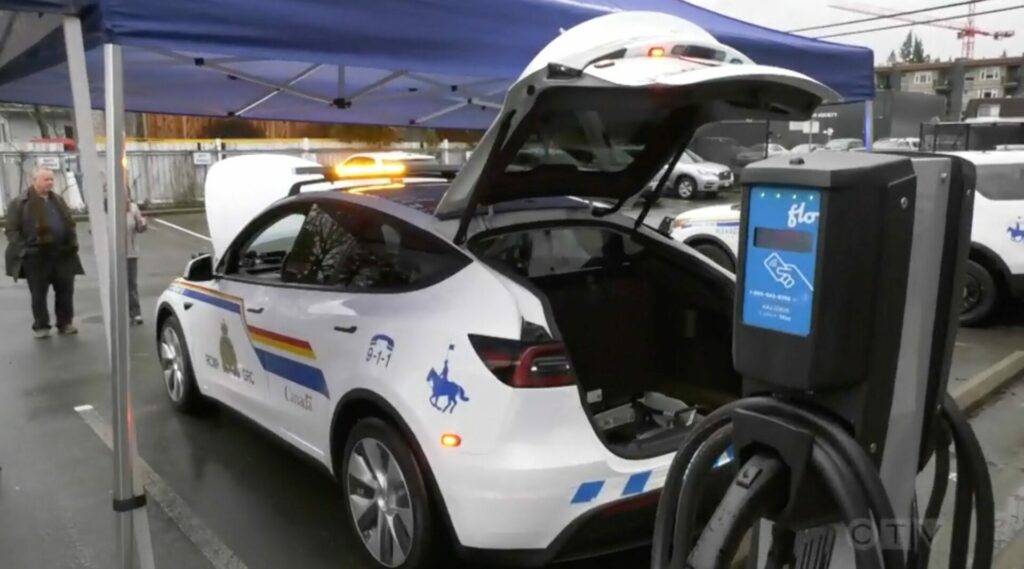 Tesla CEO has announced his intentions of outlining a third iteration of his 'Master Plan' for the company. Nearly a full year after stating he was working on a new plan, Musk aims to produce an outline for a more sustainable future. In a Tweet, Musk stated, "Master Plan 3, the path to a fully...
Steve Vegvari
13 hours ago

Detailing new results from a study on the economic impact it has had in Canada, Tesla has highlighted its $762 million contribution to the country's GDP in 2021 (via Tesla North). Since delivering its first Model S in 2011 and opening its first store in Toronto in 2012, the study details all of Tesla’s accomplishments...
Usman Qureshi
1 day ago