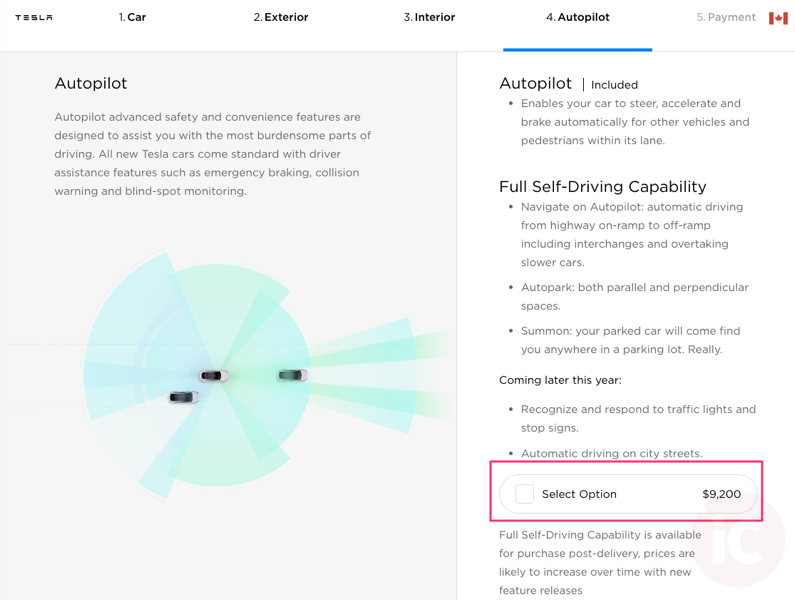 Last month, Tesla CEO Elon Musk announced the company would be increasing the price of its Full Self-Driving (FSD) tech by $1,000 USD on November 1, 2019.

Full Self-Driving Capability is currently limited to “automatic driving from highway on-ramp to off-ramp including interchanges and overtaking slower cars,” for Navigate on Autopilot, along with Autopark and recently released Smart Summon features.

Tesla says FSD will be able to “Recognize and respond to traffic lights and stop signs,” and “Automatic driving on city streets,” but these two features are unavailable and there’s no specific timeline on when they will become available.

Just a reminder that the Tesla Full Self-Driving option goes up by $1000 at midnight on Nov 1 for all regions that have Smart Summon. Order your car online at https://t.co/7FlnbrMxOl.

Tesla recently released its V10 software update with Smart Summon. Musk has reiterated numerous times the price of FSD will go up and Teslas will appreciate as more features are released. The company continues to pre-sell the FSD suite with a future goal of debuting a ‘Robotaxi’ network, beginning with the Model 3, in what Musk called a “revenue opportunity [worth] hundreds of thousands per car,” back in April.

Tesla is also rolling out software update 2019.36.1 for some users, which brings the ability to detect traffic cones on vehicle displays, to go with “driving visualization, single pedal driving, scheduled departure, 5% power increase, auto Navi,” according to Model 3 owner @hsumacher: