Sam Fursey, a Tesla Model 3 owner from Toronto, Ontario, has shared the details and video of a freak accident, showing how his car’s glass roof saved him from a falling tree during a wind storm (via Tesla North). 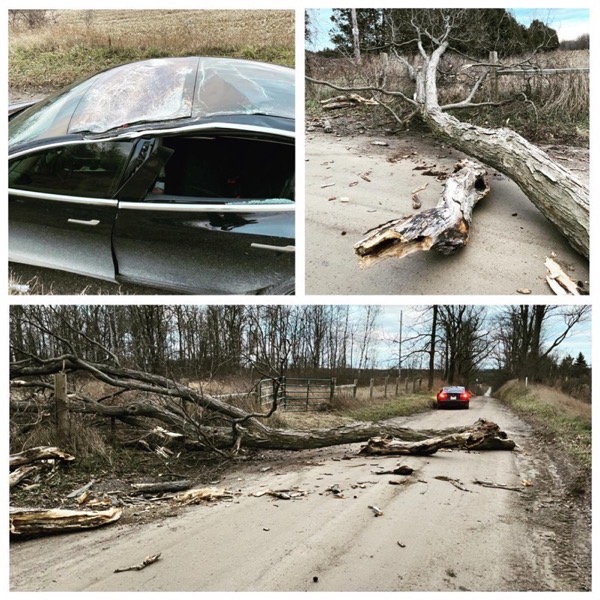 The tree fell onto the Model 3 while Fursey was driving down a country road, heading to his best friend’s wedding. Both the bride and groom were in the back seat of the Model 3.

“If you’ve ever wondered whether your Tesla is tough enough to withstand accidents, it is. This weekend a 2,000 lb+ tree fell directly on top of the car, right above my head,” wrote Fursey.

The owner walked away with some cuts and bruises and a mild concussion. The entire scene was caught on camera by the dashcam of the vehicle following Fursey’s Model 3.

The Model 3 saw its entire frame get “twisted from the impact”, said Fursey. “The car 100% saved my life. Thank you Tesla…and give your loved ones a hug, life can be pretty random,” he added.

Fursey later told Tesla North he is “recovering well” and has a stiff neck, but “no lasting concussion symptoms or anything.”

The wedding continued and everything ended well, said the Tesla owner. Check out the video footage below and share your thoughts with us in the comments section.