As spotted by the folks over at Tesla North, Tesla has increased the price of its entry Model 3 Standard Range Plus by $2,000 CAD in Canada. 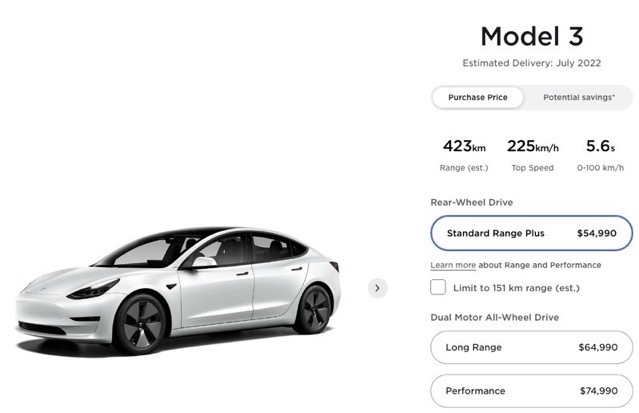 Tesla Model 3 Standard Range Plus was previously priced at $52,990 CAD for the base configuration with 18-inch Aero wheels, but now, its price has been increased to $54,990 CAD. The entry-level Model 3 is currently showing an estimated delivery date of July 2022 in Canada.

Tesla, like other automakers, are dealing a short supply of semiconductors and also supply chain parts. Despite the strain on both chips and its supply chain, Tesla set a record for Q3 deliveries at over 241,000 for the quarter.