Having previously announced an increase in its Model Y and Model 3 vehicle prices in the U.S., Tesla has now announced a price hike of $1,000 for Model Y long range in Canada, Tesla North is reporting. 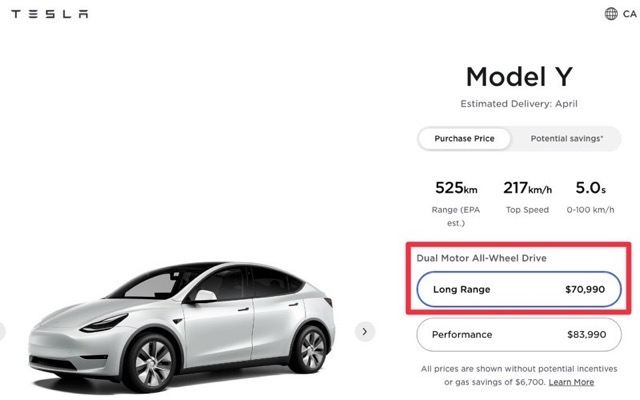 Following today’s price increase, the Model Y Long Range now starts at $70,990 CAD. Due to its higher price, the vehicle also does not qualify for any provincial or federal electric vehicle rebates in Canada.

Tesla CEO Elon Musk said during the company’s 2021 shareholder meeting yesterday its current slate of price increase is temporary, as the company deals with high demand plus supply chain shortages, including semiconductors.

The electric car maker has always maintained that its goal is to lower pricing to make its cars affordable, although for now, the prices seem to be going up amid limited supply.