As reported by the folks over at Tesla North, Tesla has finally taken the wraps off its highly-anticipated Model S refresh with a new left-right tilt display in Taiwan. 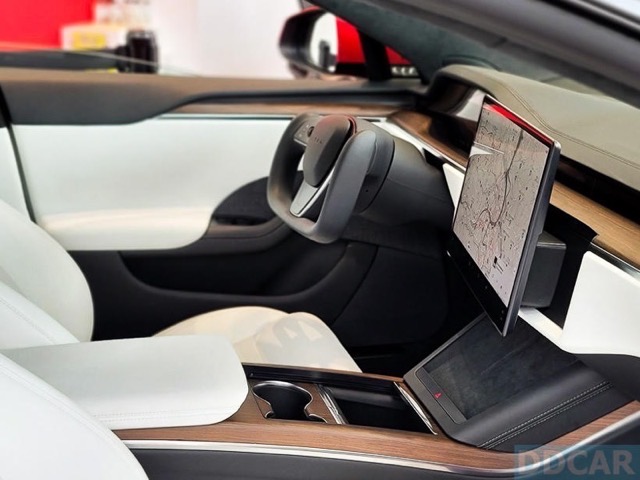 As seen in the image above (via DDCar), the all-new tilt display supports the left-right tilt, which can be controlled via the touchscreen within vehicle settings.

The electric car maker had announced earlier this week that it would display its Model S and Model X refresh from May 3 to 27 at various Tesla showrooms in Xinzhuang, Taichung, and Kaohsiung.

In January of this year, Tesla updated the Model S refresh with matrix LED headlights, revised taillights, and new charge port debuting the car in a Taiwan showroom. At the time, the company was set to showcase the Model S refresh for local media, but soon covered up the car with a black cloth.

Currently, only customers in the U.S. and Canada can order a Model S and Model X refresh as both countries have taken deliveries.