The company says it shipped 112,095 vehicles in Q4, while also said it started Model Y production in January, ahead of schedule. The company was able to increase Model Y AWD range from 280 miles (450 km) to 315 miles (507 km). The Model Y is the company’s compact SUV, offering more headroom and cargo capacity versus the smaller Model 3.

“Due to continued engineering progress of the Model Y all-wheel drive (AWD), we have been able to increase its maximum EPA range to 315 miles, compared to our previous estimate of 280 miles. This extends Model Y’s lead as the most energy-efficient electric SUV in the world.”

“The production ramp of Model Y started in January 2020. Together with Model 3, our combined installed production capacity for these vehicles is now 400,000 units per year,” explains the company.

“The ramp of Model Y will be gradual as we will be adding additional machinery in various production shops. After such expansions are done by mid-2020, installed combined Model 3 and Model Y capacity should reach 500,000 units per year. We will start delivering Model Y vehicles by the end of Q1 2020,” said Tesla, referring to its Fremont factory in California. 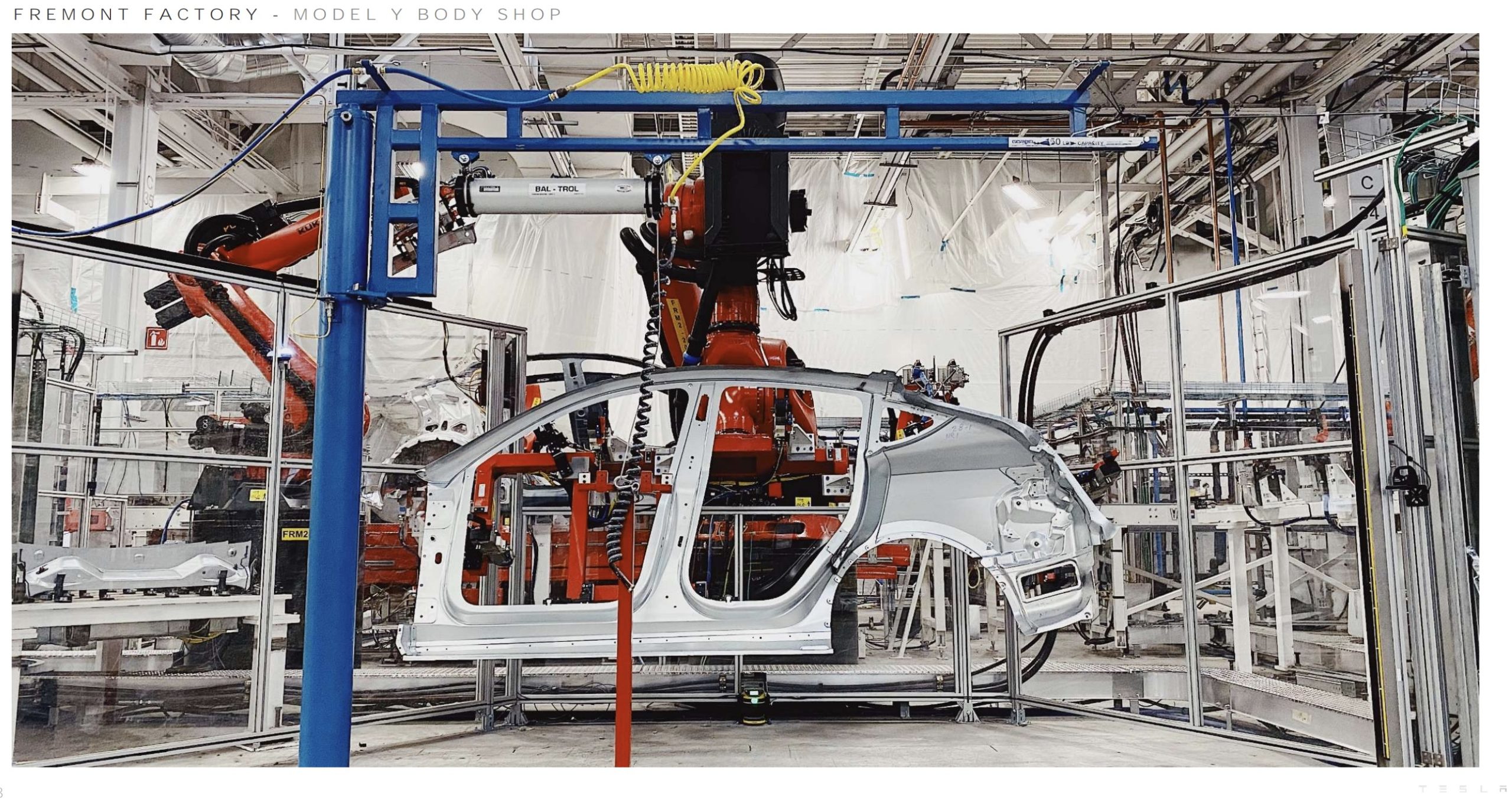 Tesla’s Canadian website now reads “First deliveries to begin mid-2020,” for Model Y. Only Dual-Motor All-Wheel Drive models are listed for order, as the rear wheel drive configuration no longer is listed at this moment.

The starting price for a Model Y AWD Long Range is $72,390 CAD (with new 19″ Gemini wheels; existing AWD Long Range orders with aero wheels got upgraded automatically), while the Performance AWD starts at $84,390 CAD. Both now have 507 km of range.

No word on which configurations will deliver first, but in the past, more expensive Performance Model 3s were made first to owners. 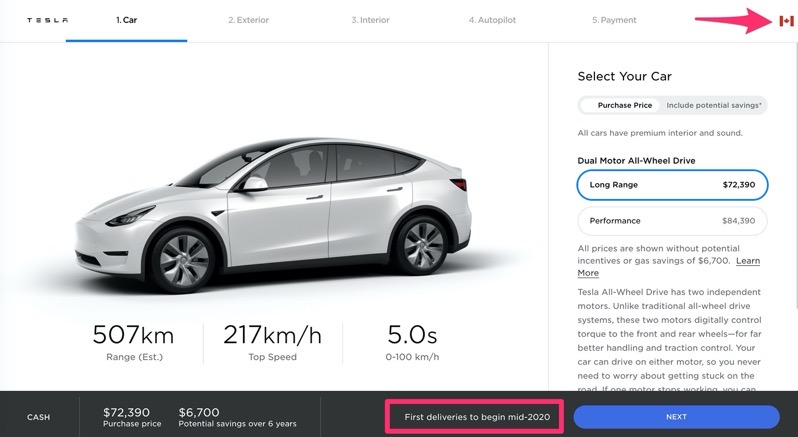 Earlier today, a Tesla Model Y was spotted in downtown Toronto. It now appears Model Y deliveries will start earlier than expected, and Canadians will see their first deliveries take place this year.