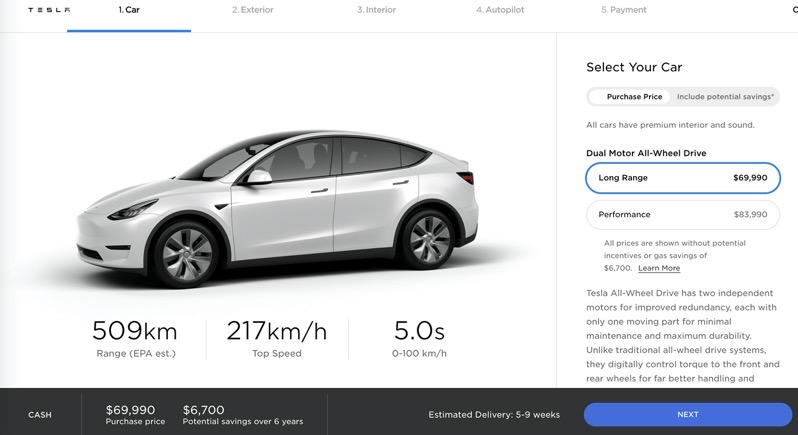 Tesla has dropped the price of its Model Y compact SUV in Canada, slashing $6,000 CAD off the Long Range AWD variant.

The updated Model Y prices are below:

Early adopters of the Tesla Model Y, which delivered last month in Canada, must feel pretty bad given this price drop. But that’s the life of an early adopter when it comes to owning one of the first Model Ys. If you purchased a Model Y within the past seven days, you can contact Tesla for a price adjustment.

Detailing new results from a study on the economic impact it has had in Canada, Tesla has highlighted its $762 million contribution to the country's GDP in 2021 (via Tesla North). Since delivering its first Model S in 2011 and opening its first store in Toronto in 2012, the study details all of Tesla’s accomplishments...
Usman Qureshi
23 hours ago