Tesla Model 3 owner Kevin Belanger and his friend Don Goodeve have just kicked off a road trip with an aim to set a record for the fastest and greenest road trip across Canada using Tesla’s new Trans-Canada Highway Supercharger network, which went live just before Christmas (via Peninsula News Review). 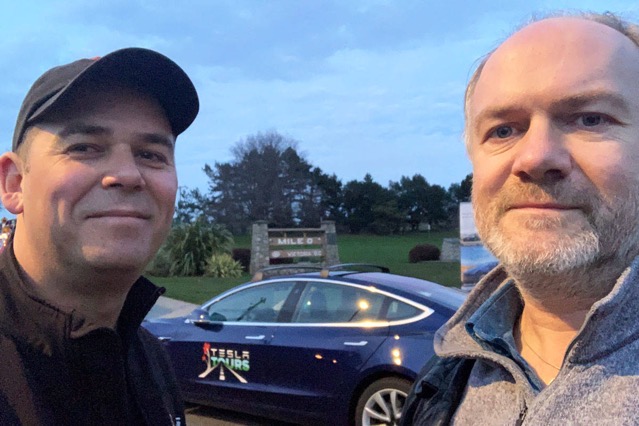 The two Victoria residents started their journey at 5 a.m. on Dec. 28 and anticipate spending less than $200 for power on the trip. Belanger and Goodeve, who planned their road trip spontaneously on Boxing Day, started at the Mile Zero Monument in Victoria two days later and expect to end the trip at Kings Wharf Place in downtown Halifax, N.S. on Jan. 1.

The two climate advocates are also planning to contact the Guinness World Records as they hope to set a record for the fastest trip across Canada in an electric vehicle using only the Tesla network:

Belanger’s 2018 Model 3 Tesla is being used for the trip. He started his company three years ago and provides transportation for hire all over the Island using only electric vehicles. Belanger also owns two other Teslas – an original 2012 Model S and a 2016 Model X – and charges them at home using solar technology and at public charging stations.

The duo will be posting updates and sharing videos on their Facebook page along the way.