For almost a year, we have heard rumours of Tesla looking to expand its service centers beyond its locations in Vancouver and today, we finally have the exact location for the electric car maker’s sales and service center in Greater Victoria on Vancouver Island, in British Columbia. 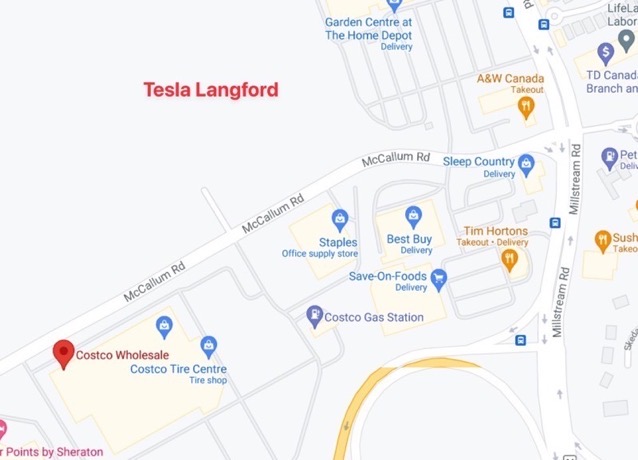 According to Tesla North, the address for Tesla’s sales and service center in Greater Victoria will be at 2371 Gate City Blvd, which is kitty-corner to the busy Costco location in Langford.

The site was previously a forest but will be home to a condo that is currently under construction, along with other retail, notes the source.

“Back on March 15, 2021, at a public hearing of the regular meeting of council by the City of Langford, there was an application to amend the text of the Mixed Use Employment 2 Zone to add additional business park and industrial uses for 2371 City Gate Boulevard.”

Currently, Tesla owners on Vancouver Island seeking major repairs need to head over to Vancouver via ferry if servicing cannot be performed by mobile technicians. The Langford location will also make it easier for owners coming from up-island locations such as Nanaimo, which is also home to a Tesla Supercharger.