Tesla has today rolled out the latest software version 10.0 of its in-car software bringing support for Spotify, Netflix, YouTube, Hulu, and more to Model S, Model X, and Model 3 vehicles. The company says this is its biggest software update ever and calls it “a key advantage” of buying a Tesla car. 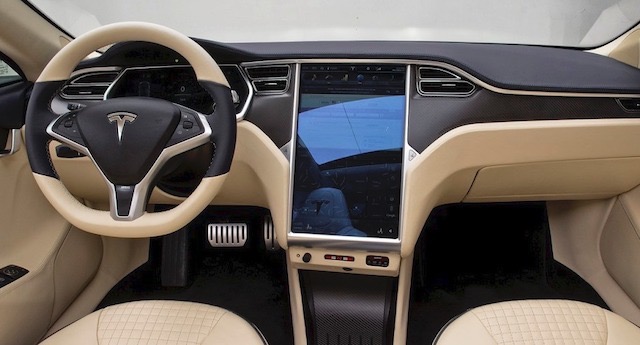 Tesla notes that video services can only be viewed when a vehicle is parked, although Spotify music can be played anytime. Moreover, people who stream their music over Bluetooth will now see the album art showing up on the Tesla display.

Some of the other new features include a ‘Caraoke’ app that’s filled with “a massive library of music and song lyrics, with support for multiple languages,” as well as navigation features called ‘I’m feeling lucky’ and ‘I’m feeling hungry’, which take drivers to destinations and restaurants, respectively.

The update also introduces “Smart Summon” that functions beyond the regular Summon feature.

“With Smart Summon, customers who have purchased Full Self-Driving Capability or Enhanced Autopilot can enable their car to navigate a parking lot and come to them or their destination of choice, as long as their car is within their line of sight. It’s the perfect feature to use if you have an overflowing shopping cart, are dealing with a fussy child, or simply don’t want to walk to your car through the rain.”

Tesla says all customers will receive the latest update automatically by simply making sure their car is connected to Wi-Fi.

The update is available for Tesla owners in the U.S. No word on when the update will be released for Tesla owners in Canada. Responding to a user about when V10 will reach Germany, Musk said they will expand internationally “as we receive approval from regulatory authorities.”

We look for rare corner case issues with a limited release US build, then expand internationally as we receive approval from regulatory authorities. So, soon, but hard to say exactly.