Tesla announced orders for their solar roof today, which includes Canada. As for pricing, here’s what Tesla had to say on their blog:

Solar Roof is more affordable than conventional roofs because in most cases, it ultimately pays for itself by reducing or eliminating a home’s electricity bill. Consumer Reports estimates that a Solar Roof for an average size U.S. home would need to cost less than $24.50 per square foot to be cost competitive with a regular roof. The cost of Solar Roof is less. The typical homeowner can expect to pay $21.85 per square foot for Solar Roof, and benefit from a beautiful new roof that also increases the value of their home.

The company released a Tesla Solar Roof calculator for their American website, which puts Solar Roof and Non-Solar Tile at about double the cost of an asphalt roof, but less than a tile, metal or slate roof. If you factor in the ‘value of energy’, Tesla says their solar roof can be offset by energy produced by the tiles: 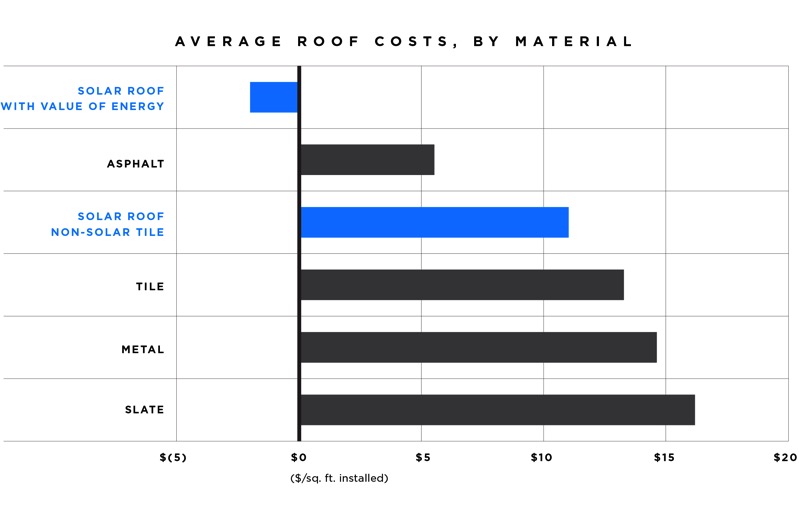 The calculator can be seen if you launch this link in an incognito browser tab. It asks users to enter in a U.S. address to predict the cost of the roof. 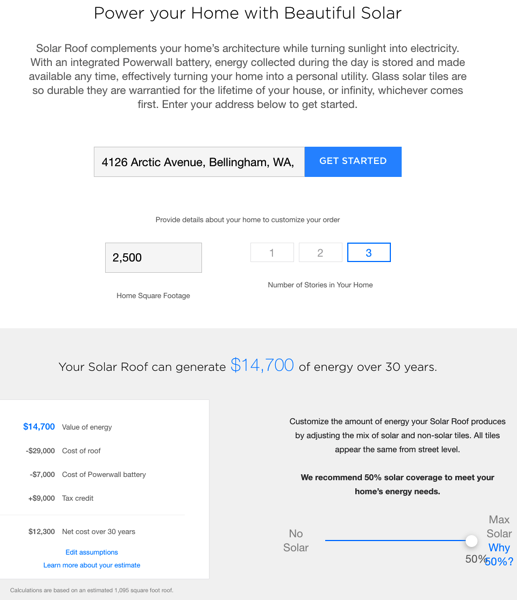 Those looking to order Tesla’s Solar Roof in Canada can plunk down $1,330 CAD deposit, a fully refundable payment until they enter into a purchase agreement, to reserve their spot from Tesla. Right now, only Textured and Smooth tiles are available, with Tuscan and Slate set for “coming in 2018”. 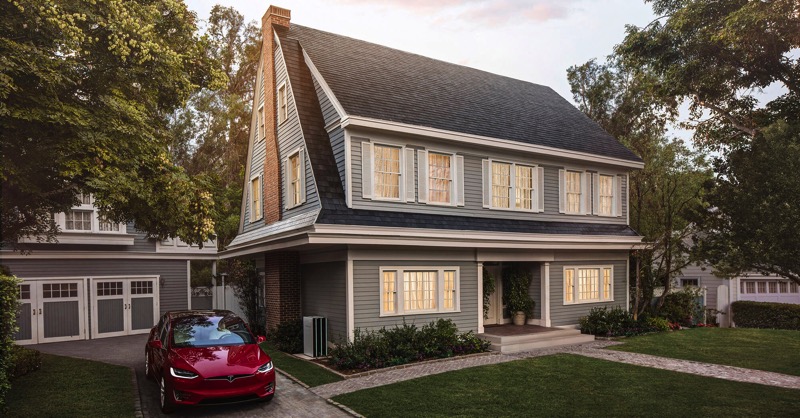 A Tesla Solar Roof is part of the company’s overall master plan, where a homeowner can be fully sustainable thanks to their roof generating energy and storing it in Tesla Powerwall batteries, which in turn can charge your Tesla and also power the home.

When will Tesla’s Solar Roof be deployed in Canada? CEO Elon Musk responded to a query about “Canada this year?” to say “will do our best. Hopefully, yes.” 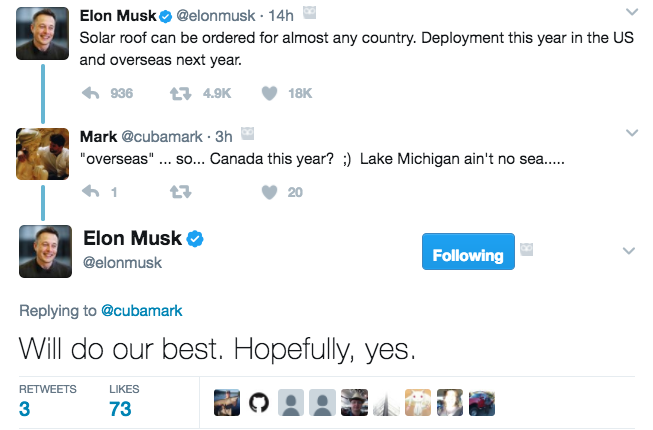 Tesla says Solar Roof will be deployed in the U.S. first, and overseas next year.

Who’s getting a Tesla Solar Roof? I can only imagine these prices will come down over time from Tesla.