In a leaked memo sent out to employees, Tesla CEO Elon Musk has noted that its time to “go all out” and start volume production of the Tesla Semi, the all-electric Class 8 truck, which has resulted in the electric car maker’s share price to rise more than 6% today and surpass the $1,000 mark (via TechCrunch). 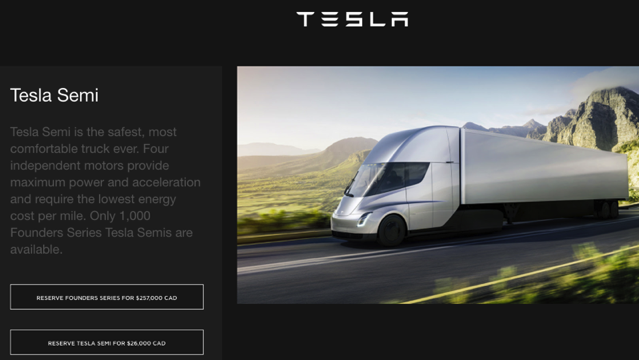 So far, Musk hasn’t mentioned where the actual truck will be produced except to write that the battery and powertrain would be produced at Tesla’s Gigafactory in Sparks, whereas other work would probably occur in other states. When asked on Twitter where the final assembly of the Tesla Semi will be, Musk replied “we shall see.”

When the Tesla Semi was first revealed in November 2017, Musk promised the truck would drive like its other passenger vehicles, the Model X,  Model S, and Model 3. It will be able to travel 500 miles on a single battery charge when fully loaded and driving 65 miles per hour.

“It’s time to go all out and bring the Tesla Semi to volume production. It’s been in limited production so far, which has allowed us to improve many aspects of the design. Production of the battery and powertrain would take place at Giga Nevada, with most of the other work probably occurring in other states. Jerome and I are very excited to work with you to bring this amazing product to market!””