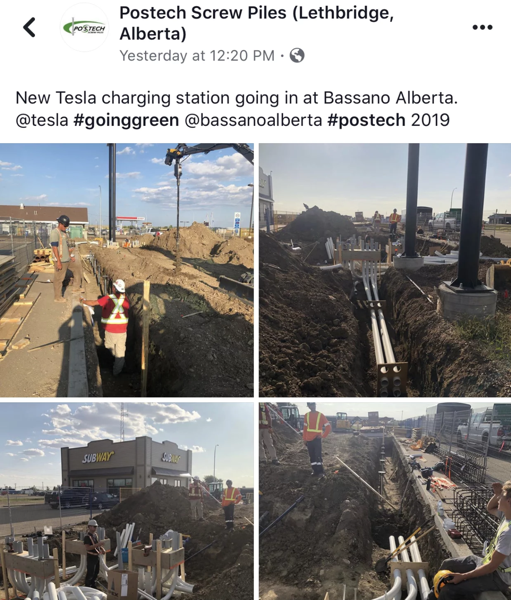 Tesla has started construction on its newest Supercharger in Alberta, located in Bassano.

Bassano, along with Calgary and Medicine Hat, is listed as “coming soon” on Tesla’s Supercharger website. The addition of Bassano will mean the sixth Supercharger to go online once construction is complete in the province, with total plans for eight charging locations.

According to a post on Facebook by Postech Screw Piles last week, Tesla charging station going in at Bassano Alberta.” The post has since been deleted, but was picked up by members at the Tesla Motors Club forums.

Forum members have posted their own pictures of the Bassano Tesla Supercharger under construction, located between the Subway and R&R Inns at 11th and 12th Streets: 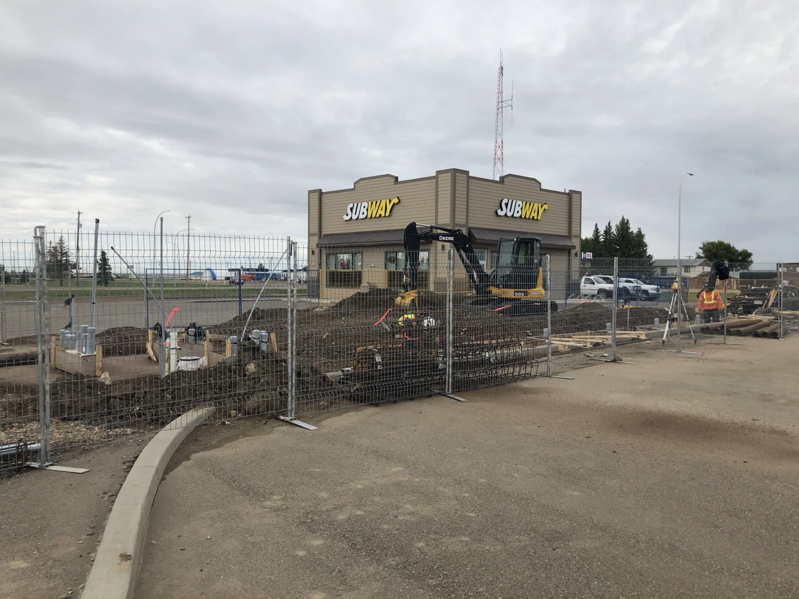 The Bassano Supercharger location is pretty much in between Calgary and Medicine Hat, and accessible via the Trans-Canada Highway: 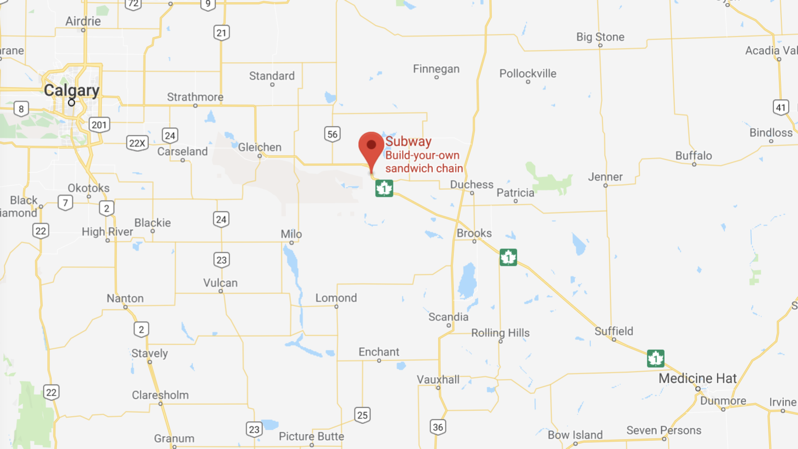 No word on when construction will be complete, but most likely it should be finished before the end of 2019.