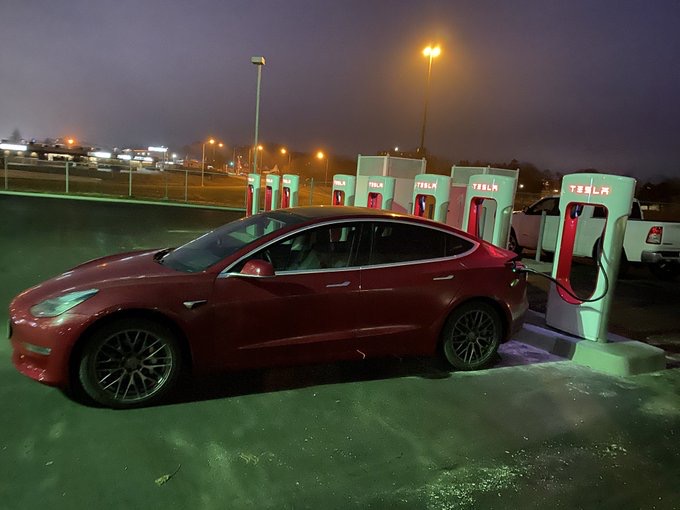 Tesla has opened its 100th Supercharger in Canada, in Kitchener, Ontario. The newest V3 Supercharger location went online this evening and was confirmed by user @redbartesla. The Supercharger is also listed as live on Supercharge.info, showing 8 stalls capable of up to 250 kW.

“Kitchener Tesla Superchargers are active! I think I may be the first to use it. Speed isn’t the highest but I also am not low on mileage,” said Red Bartesla.

The Tesla Supercharger in Kitchener is located at 663 Victoria Street North, also the location of a Tesla Service Center. 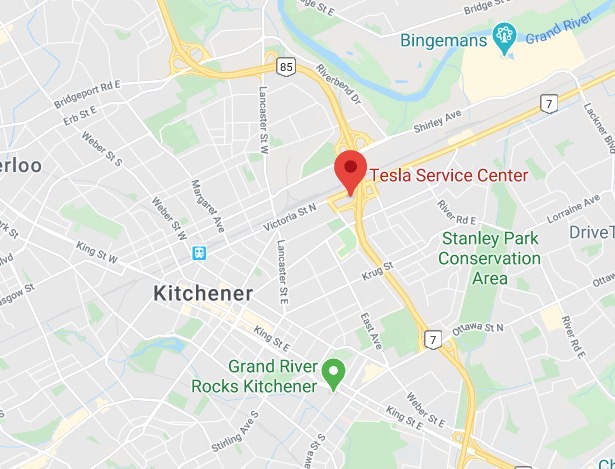 Back in December, Tesla’s Trans-Canada Supercharger route went live, with the majority of locations using the latest version 3 of its Superchargers, offering charge rates up to 1,600 km/hr.

Below is the breakdown of Tesla Superchargers by province in Canada, according to Tesla’s website:

The total above as of writing is 98, but once you add Kitchener (it should be updated soon), that makes 99, according to the official tally from Tesla.

Update April 1, 2020: Supercharge.info editor Marco let us know there are actually 100 Superchargers, as the Montreal-Ferrier Service Centre in Quebec has two chargers on site–but they are not listed on the main Tesla Superchargers page (but it’s listed on the service centre page).

Discussion on TMC forums notes when the Supercharger in Montreal-Ferrier went online in 2015 they were public but appear to be now off the radar as larger Supercharger sites have opened in the area, plus the two chargers out front may be used for vehicles awaiting pickup.

Officially, Tesla lists 99 on its Superchargers page, but in reality, 100 are available. This story has been updated to reflect the change.