New Tesla Superchargers have appeared at the Pierre Elliott Trudeau International Airport in Montreal, Quebec, but you can’t use them—unless you’re driving a Téo Taxi.

There are two Tesla Superchargers at the airport located at a public parking lot, but unavailable to the public. Téo Taxi rents a portion of the public parking lot for their fleet. The company runs a 100% electric fleet, which includes Tesla Model S and Model X vehicles.

According to Tesla Motors Club user, Mr. PlugShare, he says “Last night during a dropoff at the airport, I went to check the airport’s Teo Taxi chargers to find 1 single-CHAdeMO charger, 1 dual CCS-CHAdeMO charger, 10 Tesla HPWCs, and low and behold, 2 Tesla Superchargers! There were only 2 stalls, only one was on (to maximize speeds?). I know that they aren’t public but surprisingly located in a public parking lot!” 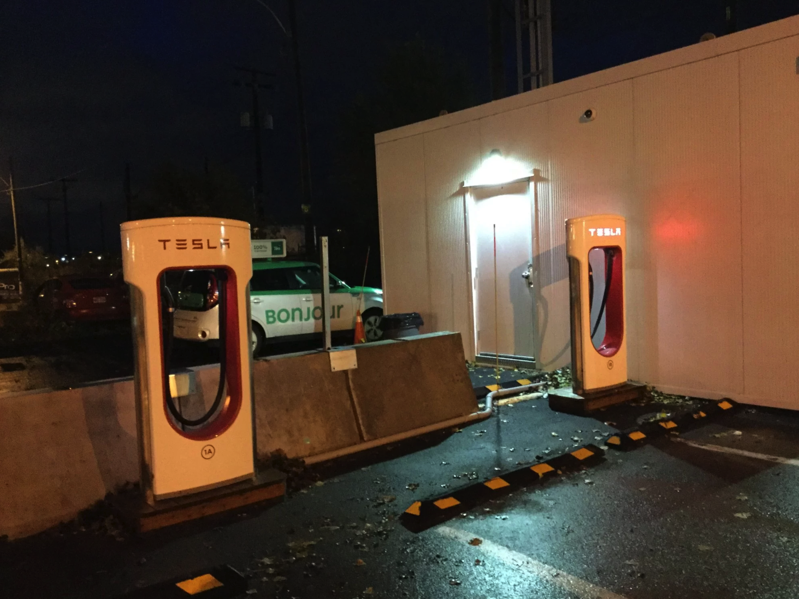 The installation looks quite sparse and may not even be up to code, as PVC piping is used for the electrical and the Superchargers themselves are just resting on wood pallets, not even a concrete slab.

Earlier this month, a new Tesla Supercharging station began construction in Victoria, BC, marking the first charging location in the province’s capital.