So check this out.

Then Apple releases the iPhone 3GS and includes video recording. Now fast forward to today and the video recording has become official for the iPhone 2G and iPhone 3G through an application available on the iTunes App Store called “iVideoCamera“. Users will see more apps like this ever since the Ustream app approval (which by the way is the preferred method to get video on the iPhone 3G and the app is free).

So this is great news for previous generation iPhone owners who do not want to jailbreak their device, as they can now officially download a video camera application. However, it is not all wonderful as the app comes with a few caveats:

1.) It costs $0.99. While not a big deal, it is good to note since jailbreaking is free (Cycorder) and apps like Ustream for the iPhone 3G are also free.

2.) The app captures video at approximately 3 frames a second. Yes, three (Read: not good at all).

So this app does enable video recording on previous generation iPhones but it is by no means better than the camera on the iPhone 3GS or the free Cycorder/Ustream applications. Although, it is worth noting that the developer of iVideoCamera has said they are working on improving the app.

This new application (as well as previously available video camera apps) does make you wonder why Apple never bothered with video recording in any of the pre-3GS iPhones and held out for three years before including the feature. In any case, users of the iPhone 2G and 3G, this is one way to get video recording on your iPhone.

Also, unless it was not obvious already, if you have an iPhone 3GS, you obviously do not need to download this application as your iPhone already has video recording.

Check out iVideoCamera in the iTunes App Store for $0.99. 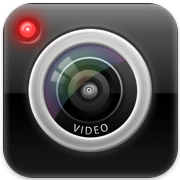