Apple Watch 2 Rumored to Launch in First Half of 2016

All eyes are on Apple as it prepares to report its quarterly earnings tomorrow, with any hints at Apple Watch sales figures getting special attention. Until then, what analysts and the tech media has is just speculation and a handful of rumours. One such rumour has just been spilled by Tim Bradshaw for the Financial Times: his sources claim the Apple Watch 2 will emerge in the first half 2016.

Three months have passed since the Apple Watch officially launched, and still we have no official sales figures from Apple. Some analysts claim the iPod [!] is more popular – based on data from Google Trends – than the Apple Watch.

Fact is, they can find reasons to back their claims: lukewarm reviews, and comments from disappointed early adopters such as Cathrine Andersen, a Danish tech entrepreneur working in San Francisco — cited by the Financial Times –, who said she “felt stupid”, and that the Apple Watch was a “very atypical Apple experience” for her, as she expected it to work as soon as she put it on her wrist – it didn’t. 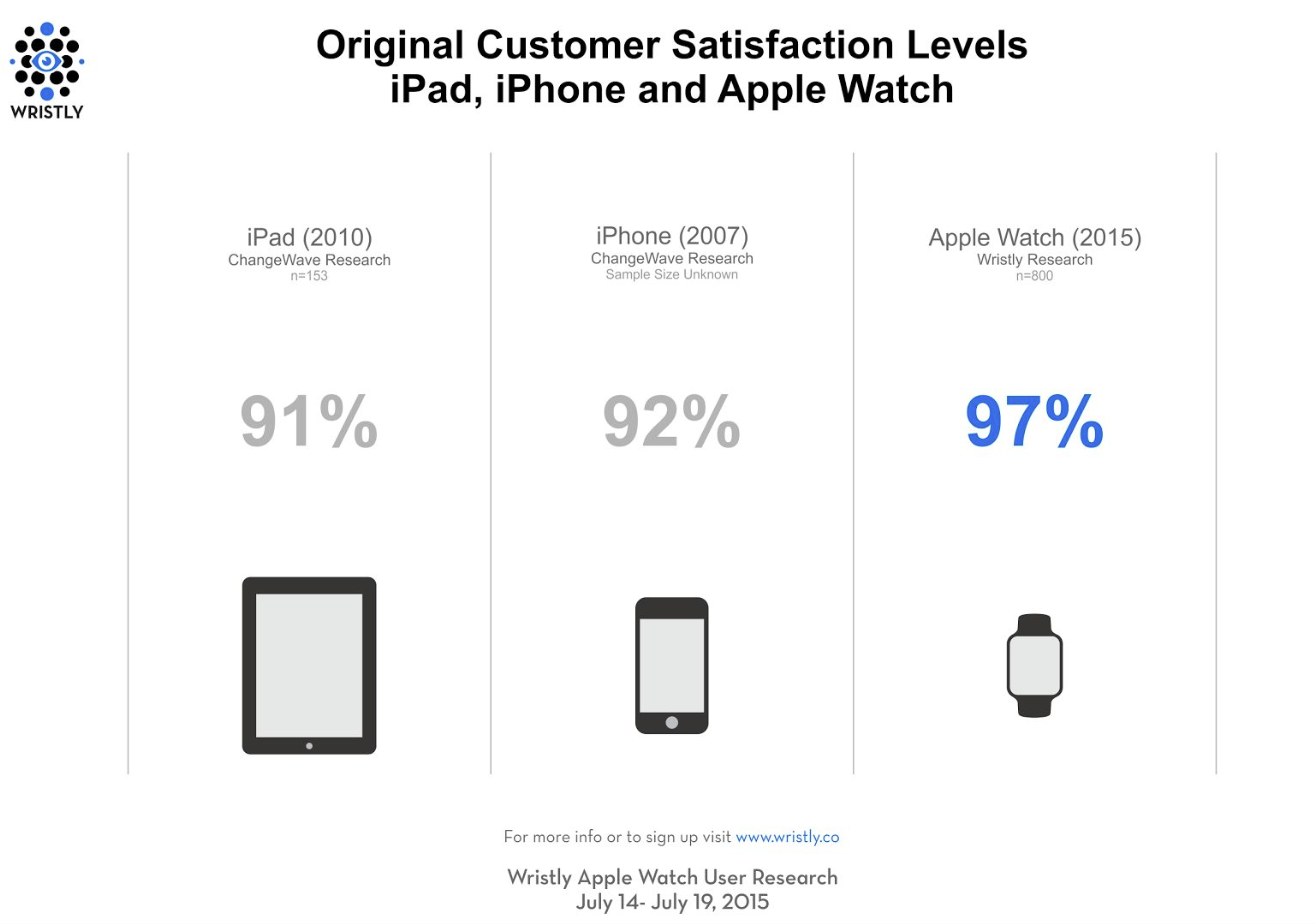 But the above is just one side of the coin. On the other side there are the Apple Watch owners surveyed by Creative Strategies and Wristly (via Fortune), who surveyed a panel of 1,000 Watch owners on a weekly basis. According to that survey, almost all Apple Watch owners (97%) were either very satisfied or somewhat satisfied with the device.

We must note that this is a first-generation device, and Apple is already working on WatchOS 2, which extends the features of this device. Rumour has it we will see new colours for the Sport version this fall. As for the Apple Watch 2 next year, well, we will have to wait and see.