It’s not just Google Trends, but Morgan Stanley’s Alphawise Tracker also shows vanishing interest in the recently launched Apple Watch. However, demand for the wearable is still high: actually, five to six weeks after the launch, it’s 20% higher than it was for the original iPhone in 2007, according to Morgan Stanley analyst Katy Huberty’s findings shared with Business Insider.

In the week of the launch, interest in the Apple Watch was about half that of the original iPhone, but as you can see in the chart below, consumers are still eager to get their hands on the device — so the interest is vanishing at a slower pace. 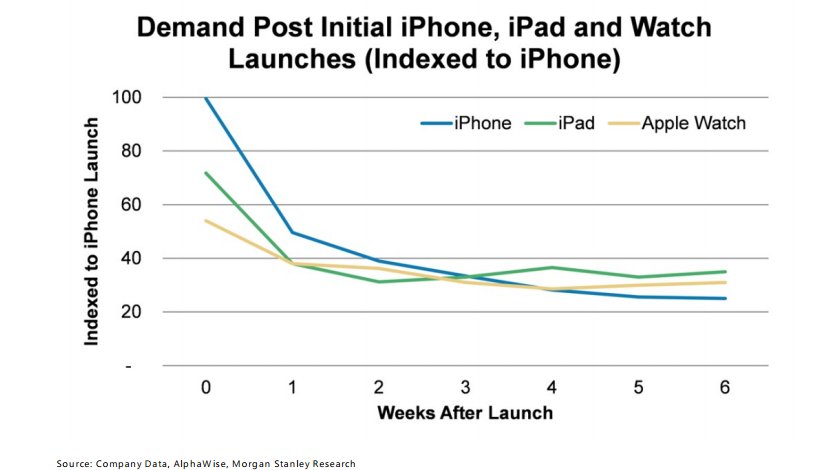 We must note, though, that both devices were available in limited quantities at launch: you may recall that the initial Apple Watch stock sold out just minutes after the device was available for pre-order on April 10.

It is happening only now, two months after the “official April 24 launch,” that customers can reserve their Apple Watch online and pick it up in store.

Earlier this month, Pacific Crest analyst Andy Hargreaves expressed his confidence that Apple will meet his own sales forecast of 11 million units for fiscal 2015. On the other hand — after checking Google Trends — he warned that interest in the Apple Watch is lower than the iPod, a dead product.