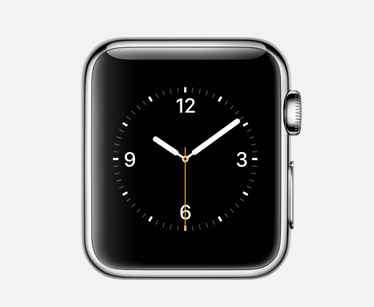 We have S version iPhones, so why not an S series Apple Watch? Well, we may just see that this spring, according to Piper Jaffray analyst Gene Munster (you may already know him from his earlier expectation for an Apple iTV).

Rumour has it that the Apple Watch will get a slight hardware upgrade this spring — mark your calendars for March 15, when the rumoured media event is expected to take place — so Munster issued a note to investors today saying he expects the second-generation wearable (dubbed as the S version) to get new internal components like a better processor and battery (via Business Insider).

In a note sent to clients on Tuesday, he explained: Apple Watch: expect more of an “S” version with similar design, upgraded components including processor[,] battery, new band styles. Unlikely to have a wireless radio, which would allow standalone (i.e. decoupled from iPhone).

From Munster’s perspective, an S version Watch would match Apple’s typical iPhone upgrade cycle. Since the first model went on sale last spring, the annual upgrade cycle pattern requires another model this spring as well, according to the analyst. Since Apple likes to recycle its iPhone designs to create the S version, the Apple Watch S would make sense, he says.

What do you think? S is short for…?