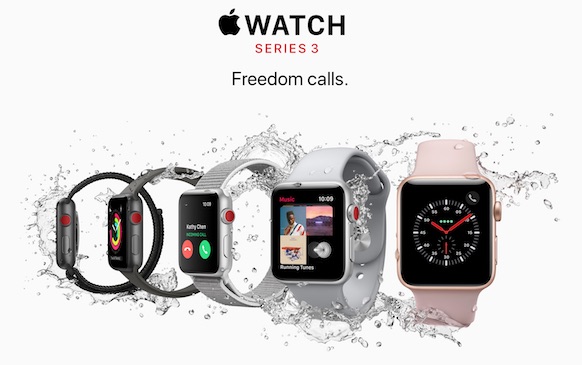 The new Apple Watch Series 3 will let users make phone calls, stream music, use Siri, get directions and much more without the need for an iPhone to be nearby.

Unveiled at a media presentation Tuesday at the Steve Jobs Theater in Cupertino, Calif., the Apple Watch Series 3 boasts a new dual-core processor with up to 70 percent more performance.

However, the real standout feature is cellular connectivity, which will let users use features like Apple Music, Beats 1 radio, Find My Friends, Messages and more without an iPhone within range.

The casing for Series 3 is the same size as Series 2, with the only difference being a back crystal that was extended 0.25 millimeters, or the equivalent of two sheets of paper. Practically, there is no discernable difference in size, according to Apple.

Here is The Verge’s full first look at the new Apple Watch:

Apple Watch Series 3 with cellular connectivity will be available in 9 countries, including Canada, and 14 carriers from 22 September.

Bell will exclusively launch cellular support for Apple Watch Series 3 in Canada priced at $5 per month. Telus will follow suit in line with Bell, “coming later this year”.