Apple Watch Series 7 vs Series 6: What are the Differences? 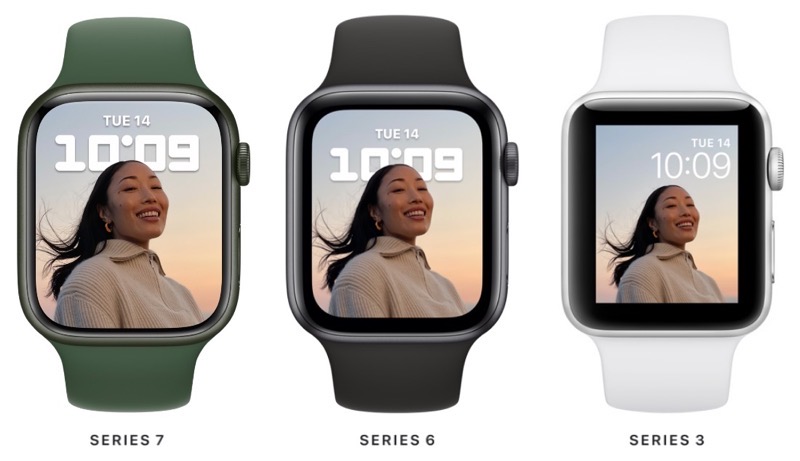 …and it’s because it’s the exact same as last year’s Series 6 👀 In fact it doesn’t even get a new model number, it’s effectively just a chassis tweak pic.twitter.com/mLsTNkdTNO

According to developer Steve Troughton-Smith, he dove into code to discover Apple Watch Series 7 uses the same CPU as the Series 6.

“There is a reason Apple didn’t talk about the Apple Watch Series 7 CPU this year,” said Troughton-Smith.

“It’s because it’s the exact same as last year’s Series 6 In fact it doesn’t even get a new model number, it’s effectively just a chassis tweak,” added the developer.

What are the differences between Apple Watch Series 7 versus Series 6?

Apple Watch Series 7 also is now “70% brighter indoors when your wrist is down,” plus the watch is now crack, dust and water-resistant. The front crystal is now 50% thicker.

You also can get faster charging with an Apple Watch Series 7, a 33% increase if you’re using the new USB-C cable with a 20W power adapter (not included likely). Apple says 8 minutes of charging can get you 8 hours of sleep tracking. But you’d also need to still juice up your watch in the morning at some point if you have a busy day ahead.

You also get new colours for Apple Watch Series 7, plus the design of the casing has been tweaked to have its curves wrap around more.

There are 5 brand new aluminum case colours for Apple Watch Series 7, including midnight, starlight, green, and a new blue and (PRODUCT)RED.

As for Apple Watch Nike and Hermes, new bands and watch faces are coming this fall. The Nike Sport Loop is coming in 3 new colours and will feature the Nike Swoosh into the band weave, to go with the new Nike Bounce watch face.

As for price, Apple’s US website says it starts at $399 USD and is coming this fall. Canadian Apple Watch Series 7 pricing is not available yet, but we’re assuming it may be the same price as Series 6.