Canada’s Prime Minster, Justin Trudeau, currently is wearing an Apple Watch on his cross-country tour town halls. When the Prime Minister rolls up his dress shirt sleeves, his Apple Watch clearly is visible.

In a recent video with Trudeau speaking in Peterborough, Ontario, you can see his Apple Watch clearly on his left wrist: 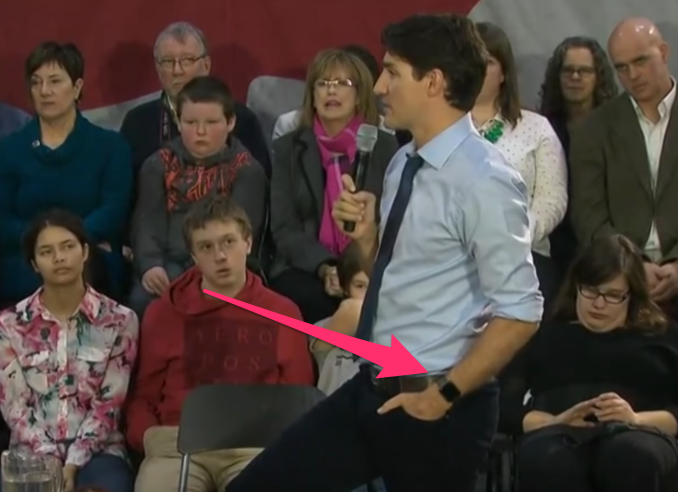 This clearer image, taken by Andrew Vaughan for the Canadian Press, shows a better shot of his Apple Watch, which appears to be a 42mm Space Black Stainless Steel Case model with Space Black Milanese Loop? If this is a current Series 2 model, it retails for $979 CAD. 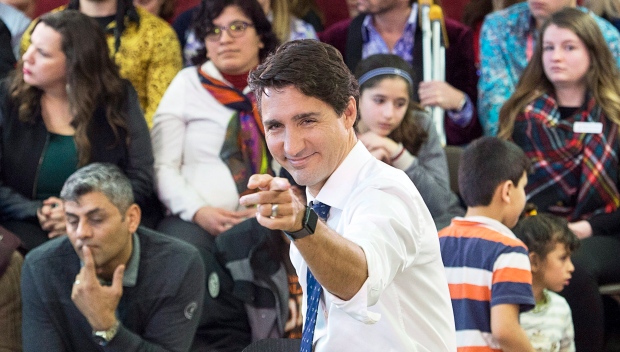 I wonder what Prime Minster Trudeau’s favourite Apple Watch apps are? One of them could be the Camera app, to help perfect those selfies…#kidding