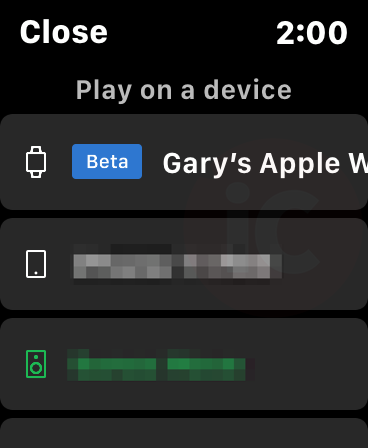 Spotify’s Apple Watch app can now support standalone streaming over Wi-Fi or cellular connections, without having your iPhone nearby.

The company confirmed the launch to TechCrunch, saying “We’re focused on developing experiences that enable users to listen to Spotify wherever and whenever they want – regardless of the device or platform,” adding, “After an initial testing period, we are now rolling out streaming capabilities for Spotify on the Apple Watch,” said the Spotify spokesperson.

The company said this Spotify standalone streaming feature is rolling out globally. We saw Spotify test this feature in Canada back on October 22.

The news means those with cellular Apple Watch models can now stream Spotify from their wearable, while listening with AirPods or AirPods Pro, for example. This will make your runs and walks more enjoyable as you can now ditch your iPhone to listen to streaming music on Spotify.

Direct streaming from the Spotify Apple Watch app requires an Apple Watch Series 3 or later, watchOS 6.0 or later (recommended 7.1+), plus a Wi-Fi or cellular data connection.